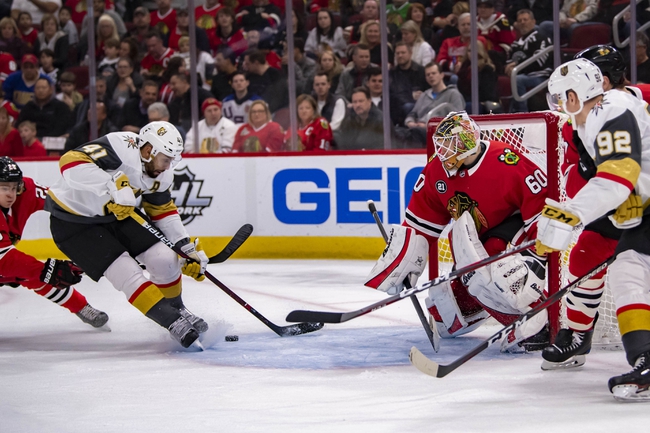 Where to watch: NSCH, ATRM Stream live sports and exclusive originals on ESPN+. Sign up now!

The Vegas Golden Knights and Chicago Blackhawks meet Tuesday in NHL action at the United Center.

The Vegas Golden Knights have won all six meetings against the Chicago Blackhawks and have scored no less than four goals in all of those contests. The Chicago Blackhawks may have the rest advantage here, but they also continue to have issues defensively and don't look much different than they were last year. The Vegas Golden Knights have been money as road favorites dating back to last season and have shown improvement on defense as of late. I'll lay the reasonable price with Vegas on the road.