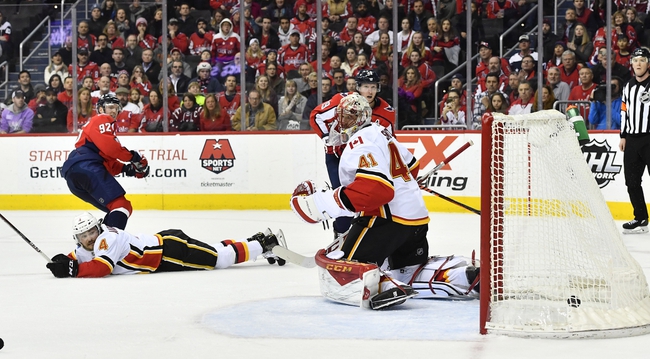 Where to watch: RSNF, NSWA Stream live sports and exclusive originals on ESPN+. Sign up now!

The Washington Capitals and Calgary Flames meet Tuesday in NHL action at the Scotiabank Saddledome.

The Washington Capitals are playing the better hockey entering this contest, and they've won four of the last six meetings against the Calgary Flames. The Capitals have also been money making machines in the underdog role dating back to last season, and they've had no problem winning on the road against respectable competition. The value here is with the Washington Capitals and the slight plus money.