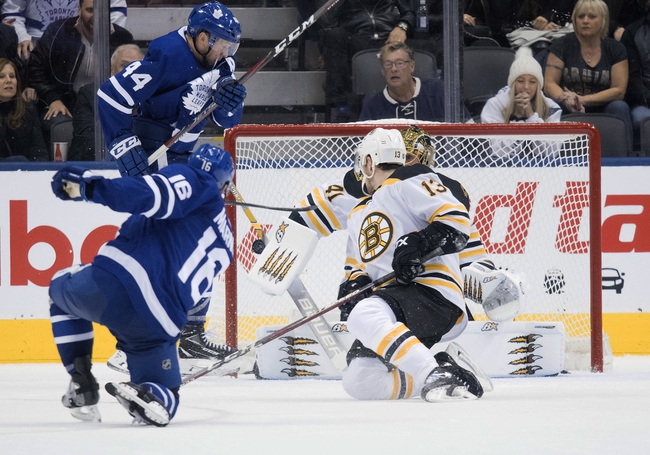 Where to Watch: NESN, TSN4 Stream live sports and exclusive originals on ESPN+. Sign up now!

The Toronto Maple Leafs and Boston Bruins meet Tuesday in NHL action at the TD Garden.

The Boston Bruins should win this game given the rest advantage and their defense is built to slowdown a fast and aggressive Toronto offense. However, the over seems like the better bet with less juice, especially with four of the last five meetings producing six or more goals. The Bruins and Maple Leafs were just involved in an overtime game a couple of days ago that saw seven goals and 75 shots on goal. The history suggests a lot of offense and a lot of fireworks. Give me the over.