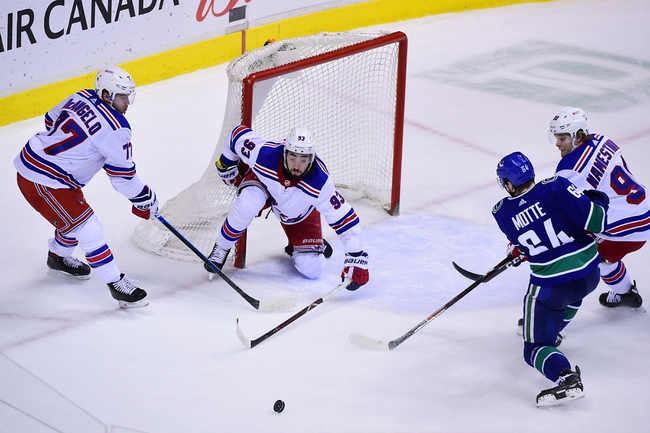 Where to watch: SN, MSG Stream live sports and exclusive originals on ESPN+. Sign up now!

The New York Rangers have won five of the last seven meetings against the Vancouver Canucks, and they're catching them on the end of a back to back with a very quick turnaround. I usually favor the home teams in very early starts, as it's a lot easier to get going when waking up in your own bed. The Rangers haven't been good defensively and haven't had much success in terms of defending their home ice, but that's a trend that's likely to change given the support they get at MSG. The Vancouver Canucks also don't have much success dating back to last season when it comes to playing on the end of back to backs. Give me the Rangers and the cheap price.