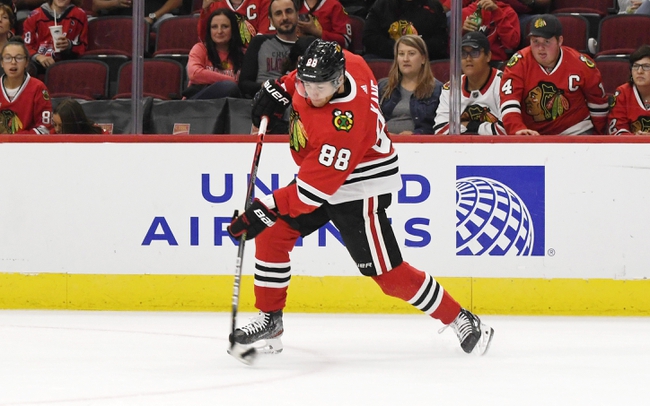 The Washington Capitals and the Chicago Blackhawks meet in NHL action from the United Center on Sunday night.

The Washington Capitals will look to build on back-to-back wins following a 5-2 victory over the New York Rangers in their last outing. T.J. Oshie opened the scoring for Washington just 2:24 into the game before New York tied the game just over ten minutes later. Washington retook the lead just under three minutes later thanks to a marker from Michal Kempny before Nic Dowd pushed the Caps ahead 3-1 early in the 2nd. New York pulled one back again later in the frame, trailing 3-2 heading into the 3rd. Oshie added his 2nd power play goal of the game just after the midway point of the 3rd before Garnet Hathaway added an empty net goal to seal the deal. Braden Holtby got the win to improve to 2-1-2 after stopping 26 of 28 shots faced in the winning effort.

The Chicago Blackhawks will look to build on back-to-back wins after a 3-2 overtime win over Columbus in their last outing. Drake Caggiula opened the scoring with the lone goal of the opening period before Columbus tied the game with the only goal of the 2nd period. Columbus pushed ahead 2-1 early in the 3rd before Alex DeBrincat tied the game for Chicago just over five minutes later. The rest of the 3rd solved nothing, so it was off to overtime where Jonathan Toews found the game winner just :46 into the extra frame. Robin Lehner got the win to improve to 1-0-1 after stopping 37 of 39 shots faced in the win.

I get Washington being favored here because they’re in better form lately, but I’m still not overly sold on Holtby right now after giving up 3 goals on 3 shots a couple of starts ago. Chicago has won back-to-back games and have done well against above average competition lately, so I’ll take a shot with Chicago and the plus money here.