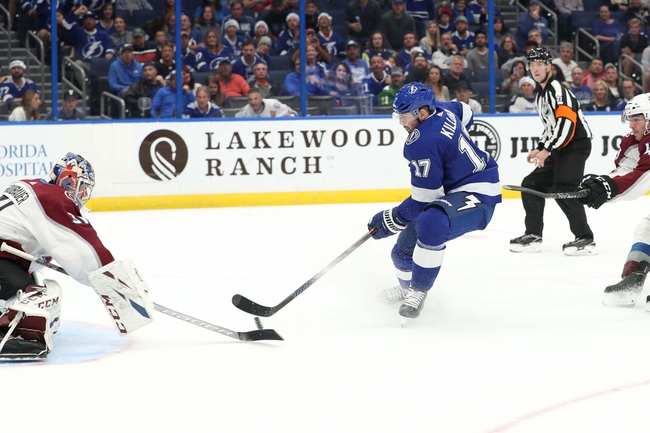 Where to Watch: SUN, ALT Stream live sports and exclusive originals on ESPN+. Sign up now!

The Colorado Avalanche and Tampa Bay Lightning meet Saturday in NHL action at the Amalie Arena.

The Colorado Avalanche are rolling, but they're on the end of a back to back and three of their last four games have seen overtime, so we could see some tired legs here. The Tampa Bay Lightning have also won each of the last five meetings against the Avalanche and seven of the last 10 meetings overall. I like the Lightning on their home ice to get a feel good victory and snap out of this inconsistent funk they've started the season in.