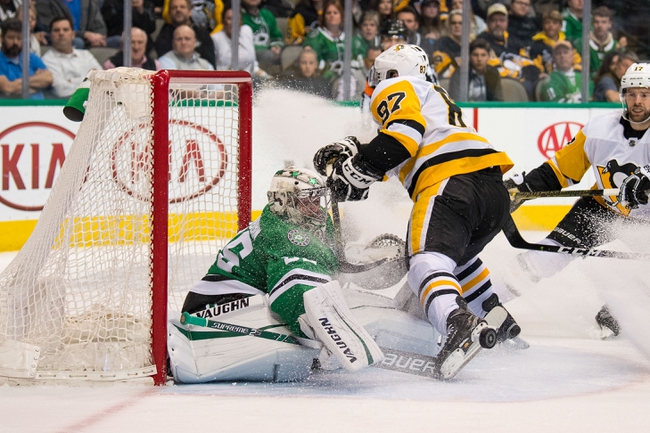 The Dallas Stars look to shake out of their ugly early season slump as they head into Pittsburgh to take on the surging Penguins.

The Stars were projected by many to be in the running for a division title this season after making some huge offseason moves but so far they have looked pedestrian and could run the risk of falling out of the playoff conversation early if they can’t right the ship soon. Dallas added Joe Pavelski from the Sharks and he was supposed to be the missing piece to an otherwise solid Dallas team but they need their primary scoring options to heat up first before he can be expected to provide some secondary support. Dallas is 9-4 in their last 13 games as an underdog and at the rate they are playing they could find themselves as a dog more frequently as they are just 1-6 so far this season. Ben Bishop is expected to get the start in goal as he will face off against Matt Murray.

The Penguins meanwhile were considered an afterthought by some heading into this season as they have an aging roster and lost some pieces in free agency and when Evgeni Malkin went down it looked like it was going to be a tough start to the season. However, the Pens are looking great and have won 4 games in a row and are a reasonable favorite here against the Stars which should see the line continue to fluctuate as we inch closer to puck drop. Pittsburgh has struggled as a favorite though as they are just 2-7 in their last 9 games when expected to win and are facing a Stars team who is desperate for a win and could put up their best effort of the season.

Dallas is 6-20 in their last 26 games dating back to last season and 1-5 in their last 6 following a win while the Pens are 5-2 in their last 7 against the Central and have hit the under in 21 of their last 29. Dallas has received a lot of heat early and they need to win in a big way here and I think they get it done.