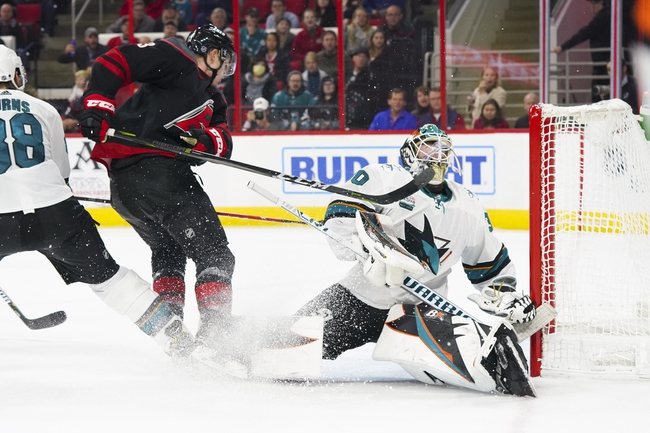 The Carolina Hurricanes and San Jose Sharks meet Wednesday in NHL action at the SAP Center.

The home team has won seven of the last 10 meetings between the Carolina Hurricanes and San Jose Sharks, and it's the Sharks who have won four of the last five meetings overall. The Hurricanes may be on the end of a back-to-back, but they're playing such good hockey right now that I'm not sure it matters. The San Jose Sharks aren't exactly lighting the world on fire with their sluggish start and that defense has some serious improvement to be made. I'll take a shot with the Hurricanes and the slight plus money.