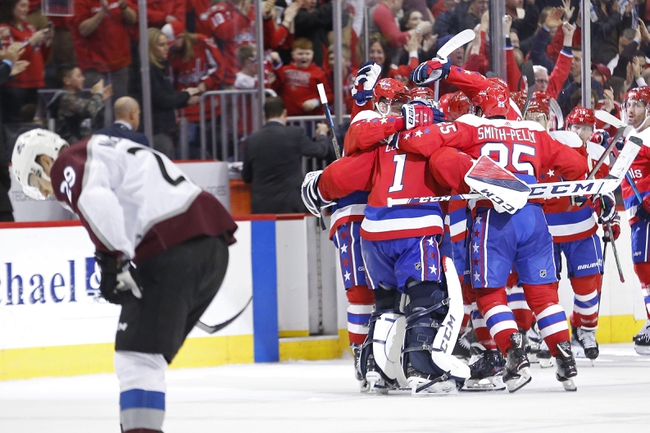 The Colorado Avalanche and Washington Capitals meet Monday in NHL action at the Capital One Arena.

We'll find out just how real this start is when the Colorado Avalanche take the road for the first time, and there's reason to question things given their road struggles the last couple of years. The Washington Capitals don't stay in these sluggish stretches for long, and they've won nine of the last 10 meetings against the Colorado Avalanche. In fact, five of the last seven wins for the Capitals over the Avalanche have been won by two or more goals, so most of those games weren't even really competitive. I'll side with the Capitals on their home ice given the history between these two teams.