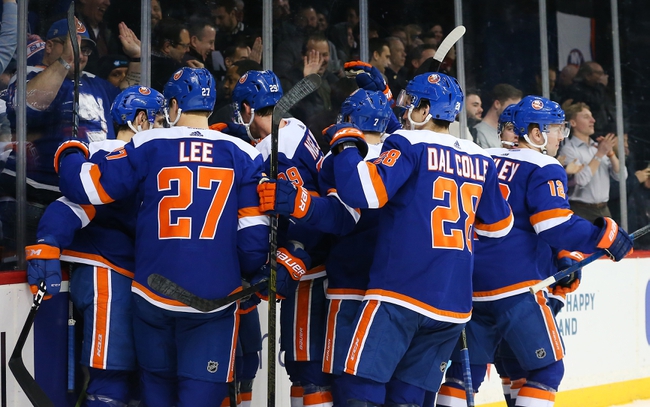 The St. Louis Blues look to shake off a loss in Montreal on Saturday as they continue their road trip to New York to face off against an Islanders side coming off a big shootout win over the Florida Panthers.

The defending champions have looked the part in the early going this season but are coming off a 6-3 drubbing in Montreal and will look to get back in the win column here against an Isles side looking to build off of last season’s remarkable success. The Blues completed a magical run with a championship last season and have shown the rest of the league that a few simple changes can completely rectify a slow start but nobody will be taking St. Louis lightly this season as they are one of the best teams in the league and will be treated as such. The Blues are 3-1-1 to start the year and will face an Islanders side that is 2-3 through their first 5 contests in a game that will likely feature Jordan Binnington facing off against Semyon Varlamov who will continue to split time with Thomas Greiss.

The Islanders come into this one struggling against teams with a winning record as they have dropped 7 straight decisions dating back to last season against a team who is above the .500 mark but the early season jitters should subside soon and they will string some wins together. The Isles are led up top by Matt Barzal, Jordan Eberle, and Brock Nelson but there seems to be something missing from the top unit as they need some additional scoring which we could very well see in the form of a midseason trade, but with some question marks on the back end as well the Isles could be in for a longer season than many were expecting.

The Blues are 5-1 in their last 6 road games and have hit the Over in their last 4 while the Islanders are 10-1 in their last 11 against the Central and 2-7 in their last 9 overall. The Blues should rebound after an ugly loss in Montreal and have way too much depth for the Isles to handle on the back end. St. Louis take this one at a nice price.