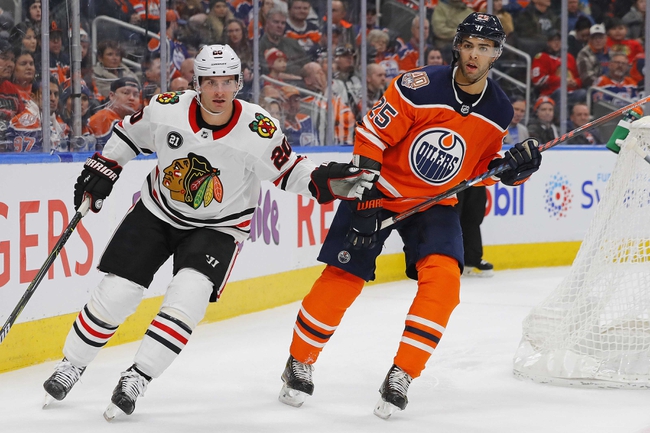 The Edmonton Oilers look to stay undefeated as they head into the Windy City to face off against the Chicago Blackhawks who have yet to find the win column this season.

The Oilers have been the talk of the NHL so far this season as they have gone on a tear in their first five contests and have shown some great early season resilience by having a knack for the come back in each of their victories so far. The Oilers have long been an underachieving group and changes to the front office, behind the bench, and on the ice have proven futile over the years but now they look as though they have a group that is buying in, despite being very early in the season. Connor McDavid is the best player in the league and he is joined by some pretty electric play makers and if they defense and goaltending can steal a few games this season the Oilers could very well jump back into a playoff spot this season.

The Blackhawks meanwhile have stumbled out of the gate and will look to make a statement at home by virtue of ending Edmonton’s perfect start but they will be in tough as their offense has looked bleak. Chicago is reeling after missing the playoffs and have fallen on hard times over the last few seasons after a run as the league’s model franchise for close to a decade with a handful of Stanley Cups to their name. Chicago is capable of getting back to that point this season and at very worst have a shot at getting back into the postseason but they need to find more of an identity as they look lost at the moment and shouldn’t be favored against anyone.