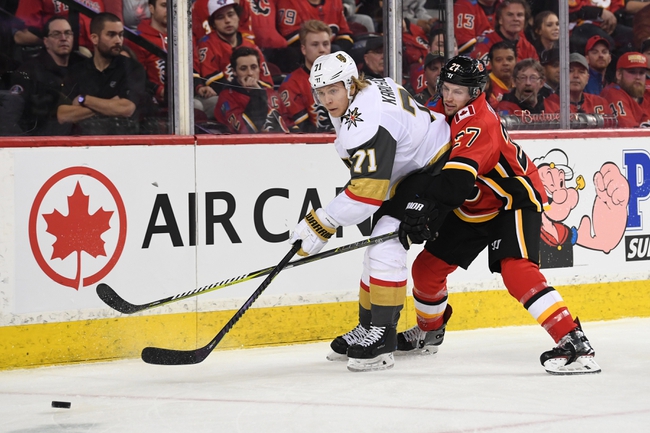 The Calgary Flames and Vegas Golden Knights meet Saturday in NHL action at the T-Mobile Arena.

The home team has won each of the last seven meetings between the Calgary Flames and Vegas Golden Knights. I also usually don't bet against Vegas at home, as it's been one of the more consistent home teams in the league since joining the NHL a couple years back, and they've actually won 10 of their last 15 home games when favored. The Calgary Flames have lost five of their last six games as a road underdog. I'll stick to the trends in this one and back the Vegas Knights on their home ice.