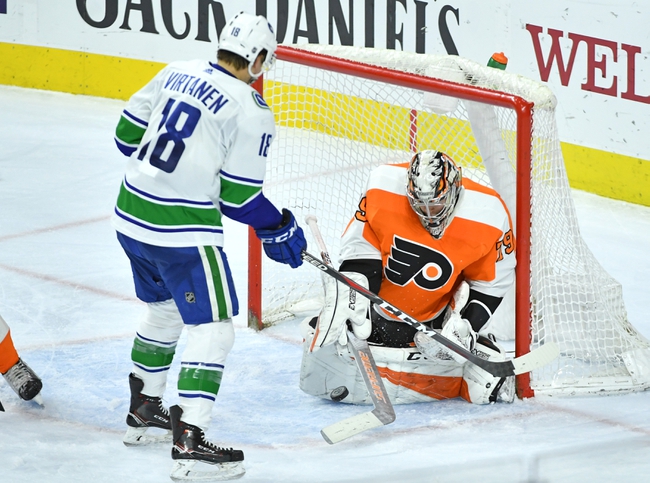 Where to watch: CBC, NBCSP Stream live sports and exclusive originals on ESPN+. Sign up now!

The Philadelphia Flyers and Vancouver Canucks meet Saturday in NHL action at the Rogers Arena.

The Philadelphia Flyers have won five of the last seven meetings against the Canucks, but they still have to prove themselves to me before I believe this strong start to the season is sustainable. The Vancouver Canucks are coming off their best performance of this young season and have played their best hockey as of late on their home ice, especially in the favorite role. The Canucks have the defense to slowdown the Flyers offensive attack, and you have to be encouraged what they did offensively in their last contest. I'll lay the reasonable price with the Canucks at home.