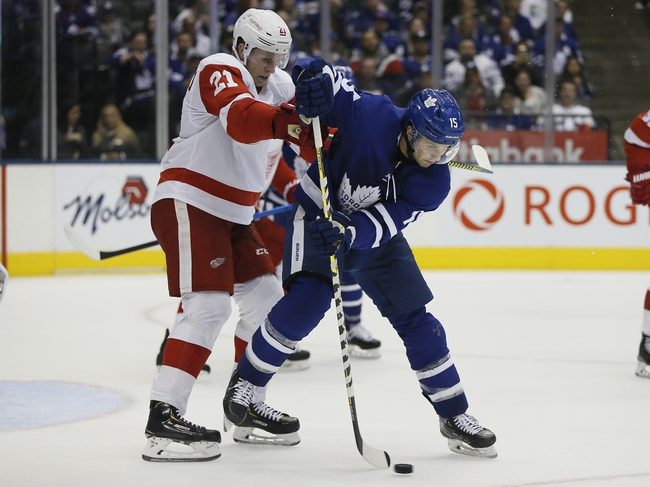 The Toronto Maple Leafs look to end their mini losing skid as they take to the road to face off against the Detroit Red Wings on Saturday.

The Maple Leafs have been in the middle of two consecutive offseasons with contract negotiations as their focal point but unlike the saga last year with William Nylander holding out the Buds were able to get another young star in Mitch Marner inked before missing any time. Toronto has a very strong crop of forwards led by Nylander, Marner, Auston Matthews, and new Leafs captain John Tavares who has demonstrated his worth early on this season with some very creative goal scoring. Toronto though is in the midst of an early season slide and will be out to get back in the win column as they face off against the Detroit Red Wings who are coming off a victory and are 3-1 to start the season. Frederik Andersen is expected to get the start as he will face off against Jimmy Howard who remains the long time starter in the Motor City.

The Red Wings have been a team in transition over the last few seasons and look as though they are finally back in the mix for the playoffs in the Eastern Conference as they have a core of guys who have been together and look as though they can contend for a top spot in the Atlantic division. The Wings are led by the young core of Anthony Mantha, Dylan Larkin, and Tyler Bertuzzi and they have been on a tear to start the season and will be leaned on heavily here if they’re going to combat the high flying offense of the Maple Leafs who will certainly be eager to get a victory in the midst of a losing streak.

The Leafs are just 2-6 in their last 8 games playing on just a single day of rest and are winless in their last 4 against divisional opponents while the Wings are 9-3 in their last 12 games dating back to last season and are 5-2 in their last 7 home games. The Leafs are huge favorites here and for good reason as they have way too much depth and fire power for the Wings to contend with but Toronto’s defense has been subpar to start the season. Look for this game to go over the number.