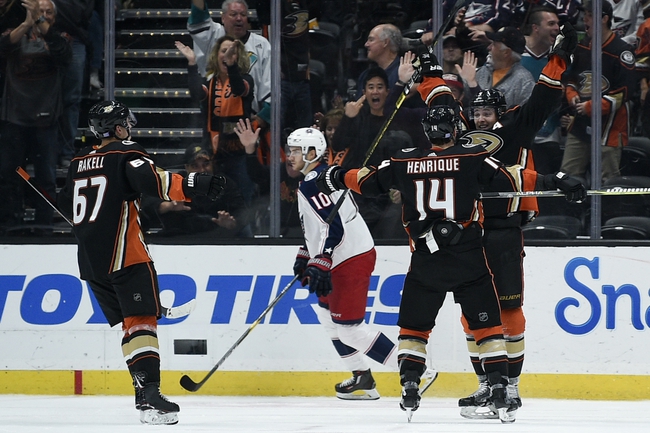 The Anaheim Ducks and Columbus Blue Jackets meet Friday in NHL action at the Nationwide Arena.

The Anaheim Ducks have won the last three meetings against the Columbus Blue Jackets, but they're on the end of a back to back and have been a team we've faded often on the road dating back to last season. The Columbus Blue Jackets aren't nearly as bad defensively as they've shown out of the gate this season, and they play their best hockey by far on their home ice. The Blue Jackets have won six of their last nine games as a home favorite. I'll lay the reasonable price with the home team.