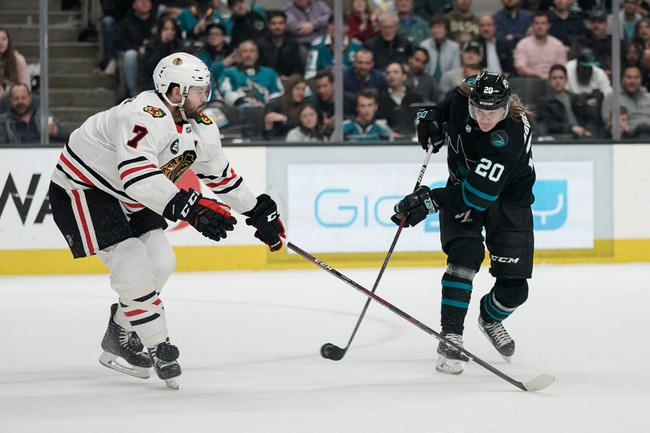 The San Jose Sharks and Chicago Blackhawks meet Thursday in NHL action at the United Center.

The San Jose Sharks have done absolutely nothing through four games, as the offense isn't finding the back of the net and both goalies have had issues stoping the puck. The Chicago Blackhawks haven't played in a while due to their season opener being at the O2 Arena, so they should be rested and have been money as a home favorite dating back toward the end of last year. The Sharks haven seven of the last 10 meetings against the Blackhawks, but taking Chicago at home for the cheap price seems like the play. I'm not trying to get behind these Sharks in their current form.