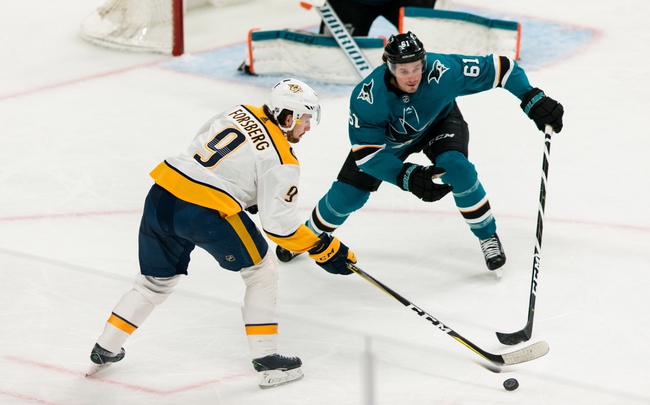 The San Jose Sharks and Nashville Predators meet Tuesday in NHL action at the Bridgestone Arena.

The San Jose Sharks have looked awful sloppy through three games on both ends of the ice and that offense has done little to nothing up to this point. The Nashville Predators are one of the tougher teams in the league to play at home and have won five of the last eight meetings against the Sharks overall. The Sharks aren't a team I'm trying to back at the moment and they've been brutal in the underdog role dating back to late last season. Give me the Preds and the somewhat reasonable price.