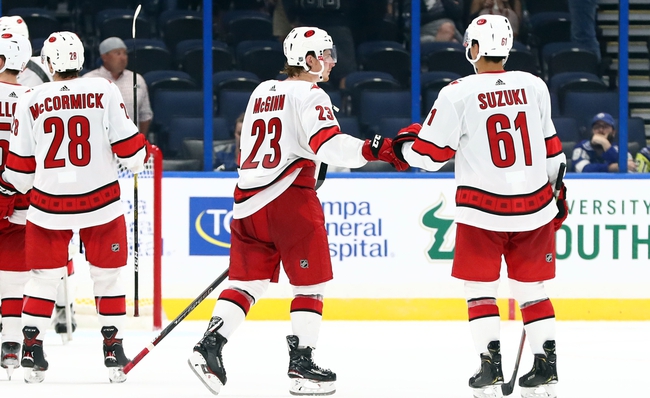 The Tampa Bay Lightning and Carolina Hurricanes meet Sunday in NHL action at the PNC Arena.

The Tampa Bay Lightning have won eight of the last 10 meetings over the Carolina Hurricanes, and five of those wins were decided by more than one goal. This is also one of those rare spots you're going to get the Lightning this season at a favorable price, as being the favorites to win the cup this year, they're going to be juicy favorites in a ton of games. I'll take advantage of this cheap price and side with the Lightning on this quick turnaround.