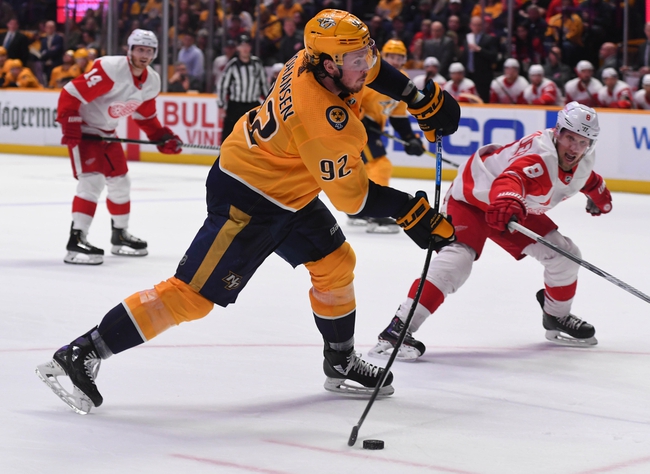 Where to Watch: FS-TN, FS-D Stream live sports and exclusive originals on ESPN+. Sign up now!

The Detroit Red Wings and Nashville Predators meet Saturday in NHL action at the Bridgestone Arena.

The Detroit Red Wings have gone three straight seasons without making the playoffs, but there’s some hope now with Steve Yzerman at general manager. There’s some nice long pieces on this Detroit roster who will make this season fun to watch, as Dylan Larkin, Andreas Athanasiou, Anthony Mantha and Tyler Bertuzzi are all coming along nicely. However, it’s going to take some time before the Red Wings can build the needed depth to go out there and compete for anything worth writing home about. The Detroit Red Wings were also one of the worst defensive teams in the league last season and didn’t make any key moves this offseason to address it. Yzerman has proven he can build a title contender, but it’s going to take some time and patience is being asked for from Red Wings’ fans.