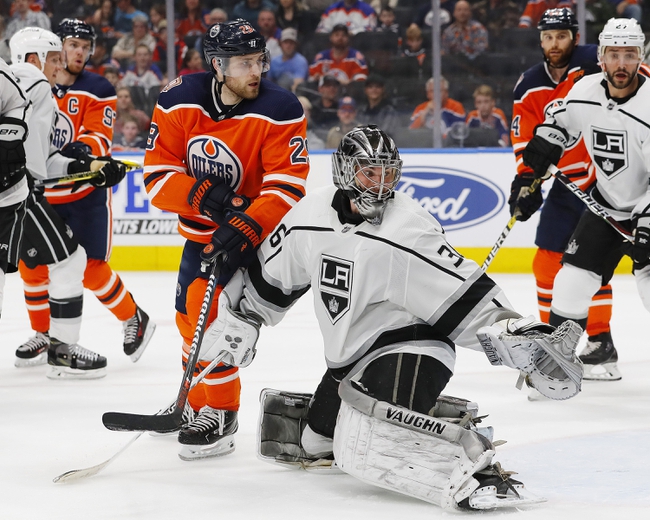 The Los Angeles Kings and Edmonton Oilers meet Saturday in NHL action at the Rogers Place.

The Los Angeles Kings haven’t won a playoff series since winning the Stanley Cup in 2013-14, so there’s going to be some pressure on coach Todd McLellan to turn things around. The good news is the Kings still have plenty of experience from that championship squad with Anze Kopitar, Jeff Carter, Dustin Brown, Jonathan Quick and Drew Doughty still getting it done. The bad news is all of those players are getting up there in age and while experience can be a good thing, it’s tough for this club to keep up with the youth and speed of other teams. On one hand you never want to count out a group of veterans, but on the other hand you know that this group is probably past its prime and milked this thing dry. The Los Angeles Kings are going to be a tough out each night, but you question if their best days are behind them with this current core.

The home team has won eight of the last 10 meetings between the Edmonton Oilers and Los Angeles Kings. The Oilers are also one of those fast teams with a lot of youth that you would think would give the Kings trouble. I also value teams that have games under their belt over teams that don't, as the Oilers have had a chance to iron out the wrinkles and get the jitters out of the way, while the Kings are coming in cold and starting things off on the road. I like the Edmonton Oilers to start the season off with a promising 2-0 start.