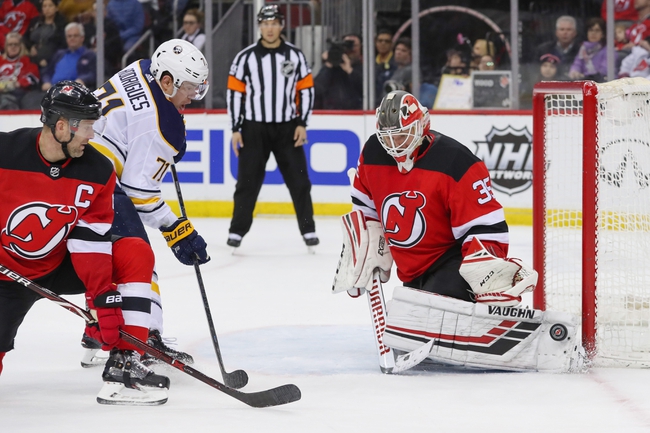 Where to Watch: MSG-B, MSG+ Stream live sports and exclusive originals on ESPN+. Sign up now!

The New Jersey Devils and Buffalo Sabres meet Saturday in NHL action at the KeyBank Center.

The New Jersey Devils have won seven of the last nine meetings against the Buffalo Sabres and enter this season with serious expectations with the players returning and the guys they added throughout the offseason. Getting the Devils at plus money is hard to turn down given that they're probably the better team. However, the Sabres looked good in their season opener and they have a rest advantage over the Devils with New Jersey playing last night. It's not easy to get going on the end of a back-to-back this early in the season. I'll back the Sabres for a solid 2-0 start to the season.