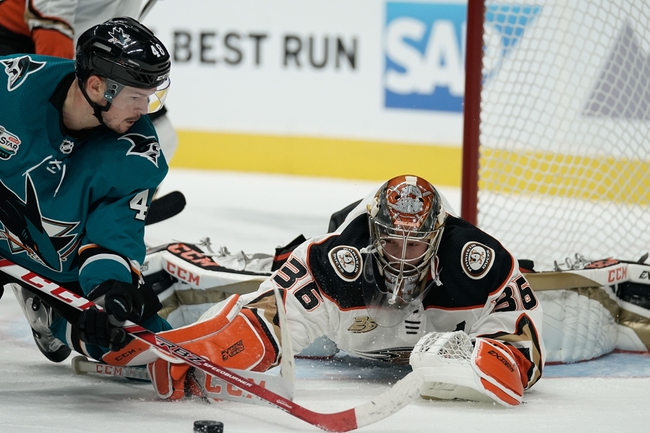 Where to Watch: PRIME, NBCSCA Stream live sports and exclusive originals on ESPN+. Sign up now!

The San Jose Sharks and Anaheim Ducks meet Saturday in NHL action at the Honda Center.

We're getting a cheaper price with the Anaheim Ducks at home, a team that has the rest advantage and has looked better out of the gate. The San Jose Sharks have gotten waxed in two games against the Las Vegas Knights, and they now have to play on the end of a back to back this early in the season, which is never easy. While the Sharks probably aren't as bad as they've shown through their first two games, I'm not running to the window to bet them on the road after the way they've played. Give me the Ducks and the cheaper price.