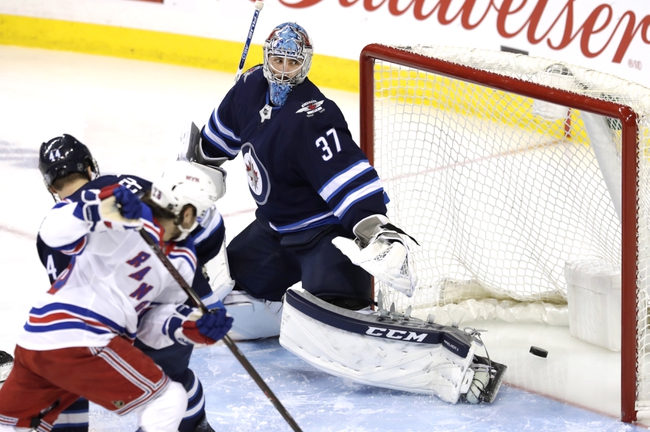 Where to Watch: TSN3, MSG Stream live sports and exclusive originals on ESPN+. Sign up now!

The Winnipeg Jets and the New York Rangers meet in NHL action from Madison Square Garden on Thursday night to kick off their respective 2019-2020 NHL seasons.

The Winnipeg Jets will look to build on their recent success, finishing with back-to-back playoff appearances since relocating from Atlanta after going 47-30-5 last season for 99 points finishing with the 2nd spot in the Central division, bowing out in the first round in six games to the eventual Stanley Cup champion St. Louis Blues. The elephant in the room was addressed as Winnipeg resigned Patrik Laine and Kyle Connor, the former of which was left without an extension until late September before the two sides finally agreed on a deal. Leading scorer Blake Wheeler is back after logging a team-high 91 points including 71 assists for the ‘Peg last season. The big question mark for Winnipeg is the defense as Dustin Byfuglien was granted a leave of absence from the team as he mulls over retirement. Josh Morrissey, Dmitry Kulikov and Nathan Beaulieu will be expected to shoulder the load and more will be expected from goaltender Connor Hellebuyck who took a step down after going from 44 wins in 2017-18 to 34 last year while watching his save percentage go from .924 to .913 and his GAA swell to 2.90 from 2.34 the season prior. Only time will tell if the Jets can get back to the team they were two years ago, or if the ‘Peg is in more trouble than we are supposed to believe.

The New York Rangers will look to turn things around after missing the playoffs in back-to-back seasons following a 2018-19 campaign that saw the Rangers finish with a 32.36-14 record, logging 78 points and finishing 6th in the Metropolitan division. New York went from having the 6th-best chance at one of the top three picks, winning a solid prize with the 2nd overall pick which they used to select Finnish winger Kaapo Kakko. The Rangers also acquired a pair of stars as the Rangers signed Jacob Trouba and Artemi Panarin to respective 7-year deals. The Rangers will need production immediately from their new toys as Mika Zibanejad is the lone returning Ranger with more than 52 point last season, leading the Rangers with 30 goals and 44 assists. Henrik Lundqvist will look to turn back the clock after finishing with a 16-23-10 record, posting a 3.07 GAA and a .907 save percentage last season.

Winnipeg and plus money is tempting, but I’m starting to think there are more underlying issues going on with the Jets right now and I’ve gone from having the Jets as a Stanley Cup finalist last season to wondering if they’re going to make the playoffs altogether. New York has been one of the more disappointing teams over the last couple of years, but with all this talent coming in, there’s a new level of optimism, and I think that carries over to the season opener on Thursday so I’ll lay the reasonable juice with the Rangers here.