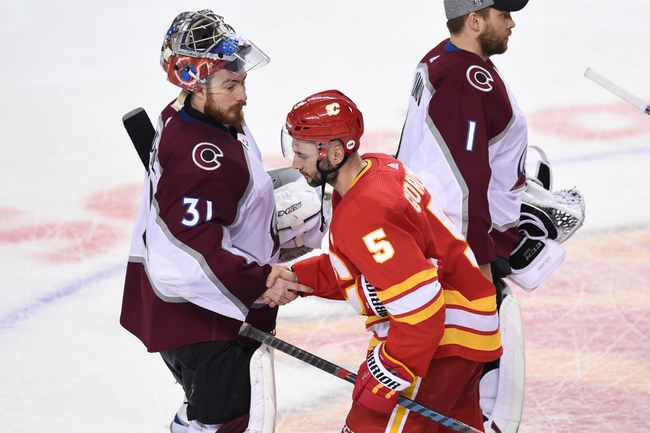 Where to watch: ALT, SNW Stream live sports and exclusive originals on ESPN+. Sign up now!

The Calgary Flames and Colorado Avalanche meet Thursday in NHL action at the Pepsi Center.

The Calgary Flames enter the second season under coach Bill Peters and have a chance to make the postseason back-to-back years for the first time in a decade. The Flames were one of the most balanced teams in hockey last season, averaging 3.5 goals per game offensively and allowing just 28.1 shots defensively, which was best in the league. The Flames may have some questions at goalie with the departure of Mike Smith, which raises some serious question marks as we enter the season. The good news is a duo of Sean Monahan and Johnny Gaudreau is as explosive as any in the sport and can lead to instant offense on a nightly basis. The Calgary Flames have some work to figure out if they’re going to build on last season, but this is a club that has potential to be fun to watch.

The Colorado Avalanche have earned 82 or more points in five of their last six seasons and have a chance to make the postseason three straight years for the first time since the Tony Granato era. The Avalanche will be in great hands once again, as a trio of Nathan MacKinnon, Gabriel Landeskog and Mikko Rantanen is as good as it gets and produced 106 goals last season. Defensively, the Avalanche could have been better, but you have to have more confidence on the backend with Philipp Grubauer expected to b thrown into the full-time starting role. There’s a lot of hype surrounding these Colorado Avalanche, and there’s a chance they make their first Stanley Cup aberrance since the 2000-01 season.

The Calgary Flames will have motivation on their side in this one after getting spanked in the playoffs back in April against these Colorado Avalanche. However, the Avalanche are as stacked on paper as they've been in a while and you have to believe they'll be out to prove they're worthy of being a legit contender to come out of the west. While the Flames are explosive and can strike in a hurry, they do have defensive issues in net, and that's not the type of teams I want to back this early in the season, especially on the road. I'm buying into the Avalanche early on, and I'll lay the reasonable juice.