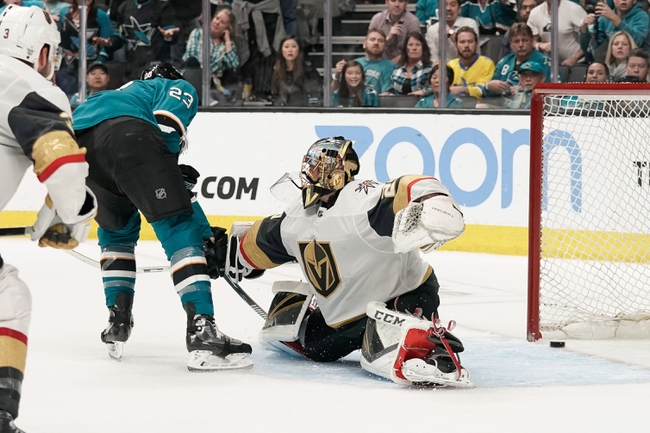 The San Jose Sharks come into the 2019-2020 season looking to sustain and improve their recent success after finishing the 2018-19 season with 101 points and a 46-27-9 record, finishing with back-to-back 100+ points seasons for the first time since 2010-11. The Sharks took down Vegas and Colorado before losing to the eventual Stanley Cup champion St. Louis Blues in six games. The Sharks stood pat for the most part in the offseason, bringing back key pieces like Joe Thornton, Kevin Labanc and Timo Meier while losing longtime cogs like Joonas Donskoi and Joe Pavelski to free agency. The good news for San Jose is that pretty much all of their top-tier talent is here with the likes of Logan Couture, Tomas Hertl, Erik Karlsson, Evander Kane and Brent Burns leading the charge. Martin Jones is back between the sticks for San Jose after posting a 36-19-5 record with a 2.94 GAA and .896 save percentage last season.

The Vegas Golden Knights will also look to sustain and improve their standing after finishing the 2018-19 season with 93 points after a 43-32-7 mark in the regular season, finishing 3rd in the Pacific division where the Golden Knights would bow out to the Sharks in seven games despite having a 3-1 series lead and a 3-0 lead in game seven. The Golden Knights lost the services of Pierre-Edouard Bellemare on the wing, but that’s as bad as it gets really as the Golden Knights bring back Jon Marchessault, William Karlsson, Reilly Smith and Alex Tuch, all of whom broke the 50-point barrier for Vegas last season. Marc-Andre Fleury is also back in the crease for the Golden Knights after finishing last year with a 35-21-5 mark with a 2.51 GAA, .913 save percentage and 8 shutouts.

You’d have to think that Vegas wants some revenge after being humiliated with the way the playoff series ended last season, as the Golden Knights collapsed and collapsed is putting it nicely. However, I think that the Sharks have better talent than the Golden Knights do, and while beating Vegas at home is no easy feat as we’ve seen in their two years of existence, the fact is that San Jose is battle tested and brings back pretty much all of the team that took it to Vegas last season. On opening night, the Sharks hold some serious value and I’m all over it here.