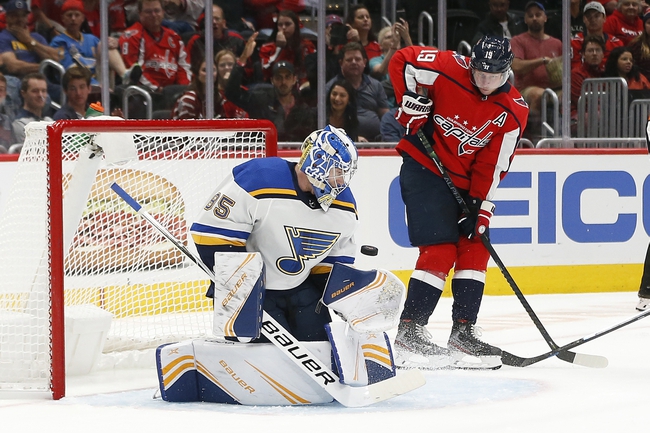 The Washington Capitals and St. Louis Blues meet Wednesday in NHL action at the Enterprise Center.

The Washington Capitals enter a second season under coach Todd Reirden and have made the playoffs each of the last five years. The Capitals are once again a team many believe can win the Stanley Cup, and a lot of that is due to a trio of Alex Ovechkin, Braden Holtby and Nicklas Backstrom, three veterans who are consistently at the top of their positions. It’s also ironic that this could be last season we see this group together, so there’s pressure in Washington to win this season. The Caps have a roster with very few weaknesses, so anything short of 100 points and a deep playoff run would be looked at as a failure. The Washington Capitals have won three of their last four regular season openers.

The St. Louis Blues will take the ice for the first time since winning their first Stanley Cup in franchise history. The Blues return majority of last years roster and the addition of Justin Faulk already improves what was an aggressive and physical defense. Craig Berube has also earned his stripes after getting these Blues in shape and finally getting this franchise over the hump after so many close calls. The issue to have with the Blues is that this sport has rarely produced back-to-back champions, with the Pittsburgh Penguins being the only team to do so since 1998-99. The Blues seemed to play their best last year in the underdog role, and bettors and oddsmakers have caught up to them now that they hoisted the hardware. The St. Louis Blues have won two of their last three regular season openers.

While the Blues are the defending champs and return most of last years roster, you can still argue the Washington Capitals are the more talented and better team overall. This is also celebration night for the Blues, and we often see in sports the champs come out sluggish. It's like banner night makes players exhausted and hard to focus. That could very well be the case here for a Blues team that overachieved a lot last season. I'll take a shot with the Capitals and the plus money.