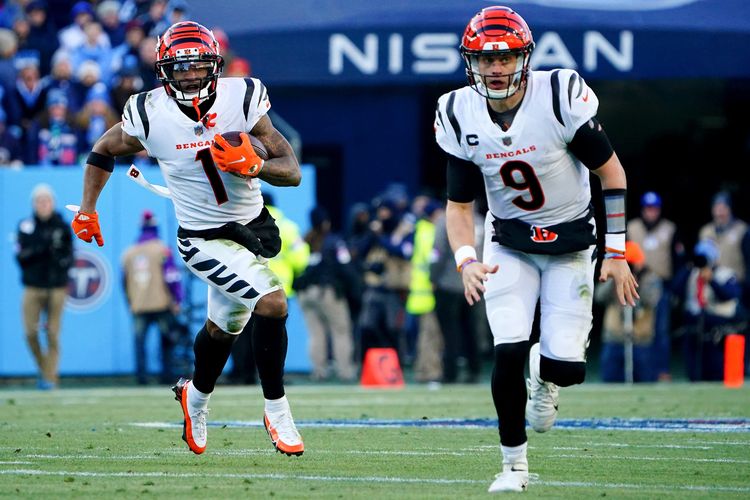 The Cincinnati Bengals and Los Angeles Rams face off in Super Bowl LVI at SoFi Stadium in Los Angeles. These two teams last faced off in October of 2019 and it was the Rams that won that game 24-10.

The Rams come into this game with a 15-5 record overall and they have gone 10-10 against the spread. The Rams have been tested in the playoffs, but they are in the Super Bowl and that’s all that matters. Two games ago they beat the Tampa Bay Buccaneers 30-27 and in the last game against the San Francisco 49ers they won 20-17. In the last game it really looked like the 49ers were going to cruise to the victory but 13 points by the Rams in the 4th quarter allowed them to win. Cooper Kupp is the best wide receiver on the team, but Odell Beckham Jr might be the most important pickup for this squad. In the last game, Beckham caught nine passes for 113 yards. Tyler Higbee won’t be available for the Rams. On defense, the Rams need Aaron Donald to have a big game and to put a ton of pressure on Joe Burrow.

On the other side of this matchup is the Cincinnati Bengals who sit with a 13-7 record and they have gone 13-7 against the spread. So far in the playoffs the Bengals have beaten the Las Vegas Raiders, Tennessee Titans, and the Kansas City Chiefs. In the last game against the Chiefs, the Begnals were down 21-10 at halftime, but the defense stepped up in the second half, and secured the victory in overtime. On the season, Joe Burrow has thrown for 4,611 yards, 34 touchdowns, and 14 interceptions. Ja’Marr Chase has also been the star of this offense catching 81 passes for 1,455 yards and 13 touchdowns. One big problem for this offense is the offensive line. The line is going to need to find a way to keep Burrow upright. The defense for the Bengals also often gets overlooked, and it was what won them the game in the second half against the Chiefs.

Get Premium Picks Start Winning Now »
The pick in this article is the opinion of the writer, not a PickDawgz site consensus.
Previous Pick
AFC at NFC 2/6/22 NFL Picks and Prediction