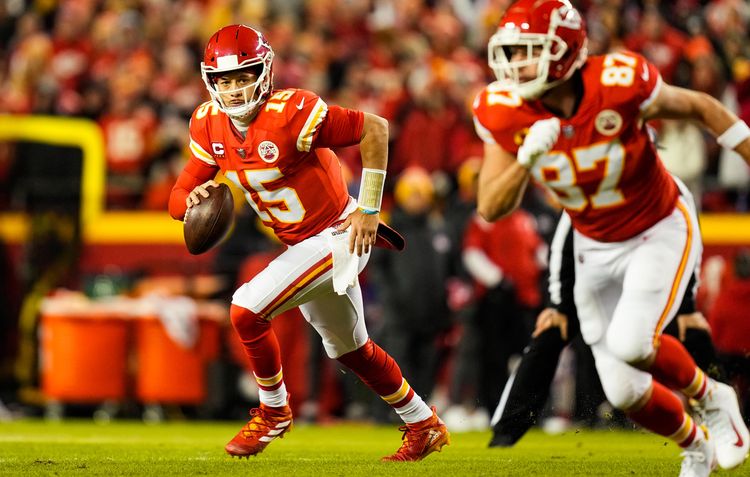 The Buffalo Bills and Kansas City Chiefs face off on Sunday in the NFL Divisional round at Arrowhead Stadium. When these two teams faced off earlier this year it was the Bills that won 38-20.

In that game, Josh Allen threw for 315 yards and three touchdowns. Tight end Dawson Knox was the top receiver catching three passes for 117 yards and a touchdown. Patrick Mahomes completed 33 of his 54 passes for 272 yards, two touchdowns, and two interceptions Mahomes needs to take better care of the ball in this game.

The Bills finished the regular season with an 11-6 record and they might have been the most impressive team in the AFC during Wild Card weekend. The Bills jumped out to a 14-0 lead in the first quarter and never looked back as they beat the New England Patriots 47-17. Josh Allen had another big game throwing for 308 yards and five touchdowns. Devin Singletary has also really come on the last few weeks and against the Patriots he rushed for 308 yards and five touchdowns. In this game they are going to need Allen to play a near perfect game, and they can’t fall behind early, or it will be a long game.

On the other side of this matchup is the Kansas City Chiefs who finished with a 12-5 record during the regular season and then beat the Pittsburgh Steelers with ease in the Wild Card game. Patrick Mahomes completed 30 of his 39 passes for 404 yards, five touchdowns, and one interception. The Chiefs are expected to get Clyde Edwards-Helaire back and that is a big boost for the offense. Jet McKinnon looked good against the Steelers and the running game can be a real strength in this game.

The Bills are 4-0-1 against the spread in their last five games. The over is 8-0 in the Bills last eight games as an underdog. The over is 6-0 in the Chiefs last six games overall. The over is 4-1 in the last five meetings in Kansas City.

This total could be 60 and I think I would still take the over with this game. Neither team is going to play a whole lot of defense, and both offenses are going to run up the score. Look for both teams to get close to 30 points, and the over is going to cash.