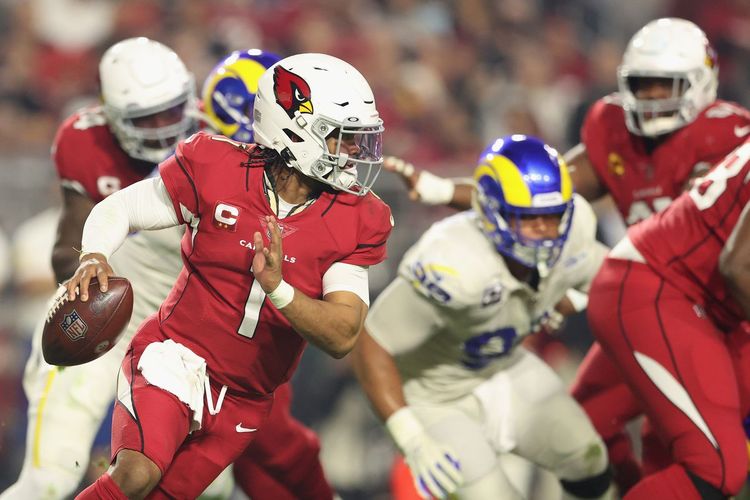 The Arizona Cardinals will visit the Los Angele Rams on Monday in a critical NFC Wild Card Matchup.

A poor finish to the regular season had them losing four of their last five games which cost them home field in the playoffs. Watt and Hopskins have been out for extended time. They lost to Seattle in their regular season finale, 38-30. Kyler Murray finished with 240 passing yards with one touchdown and no interceptions.

This season, Quarterback Kyler Murray has thrown for 3,787 yards and 24 touchdowns to 10 interceptions. He has a QBR of 56.8.

The Cardinals offense averages 373.6 yards a game which is 8th in the league. They are scoring 26.4 points per game as they give up 329.2 yards and 21.5 points per game to their opponents.

The LA Rams are coming off of a 27-24 overtime loss versus the San Francisco 49ers. Before this loss, they won 5 games in a row. Matthew Stafford completed 21 of 32 passes for three touchdowns and two interceptions in the loss.

Matt Stafford has been a great addition to the Rams as he looks to lead this team in the playoffs. He completed 67.2 percent of his passes for 4,886 yards with 41 touchdowns and 17 interceptions this season.