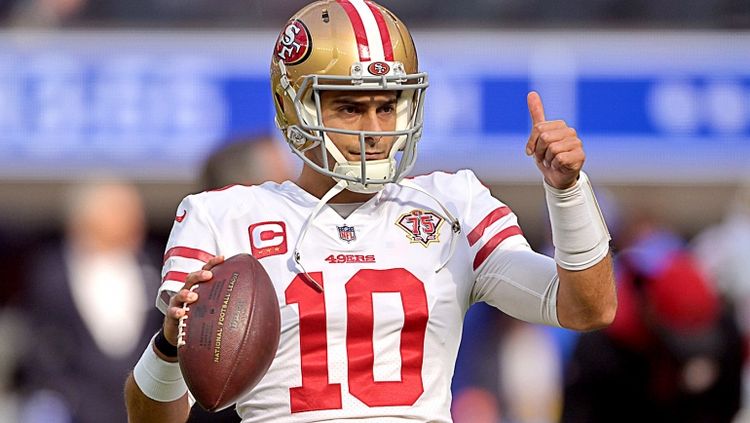 The San Francisco 49ers will visit the Dallas Cowboys on Sunday in a critical NFC Wild Card Matchup.

The 49ers secured their spot in the playoffs with a comeback win over the Rams in their last game as they picked up a 27-24 win in overtime. Jimmy Garraopolo completed 23 of 32 passes for 316 yards, one touchdown and two interceptions against the Rams last week.

This season, Quarterback Jimmy Garoppolo completed 68.3% of his passes for 3,810 yards and 20 touchdowns. Running back Elijah Mitchell is probable for Sunday’s game.

The Cowboys are coming off of a 51-26 win over Philadelphia. The Cowboys have won 5 of their last 6 games. Last Week, Dak Prescott was 21 for 27 through the air for 295 yards and 5 touchdowns to zero interceptions. He had a QBR of 98.6.

This season, Dak Prescott has completed 68.8% of his passes for 4,449 yards and 37 touchdowns to 10 interceptions.

The Cowboys offense averages 407 yards a game which is 1st in the league. They are scoring 31.2 points per game as they give up 351 yards and 21.1 points per game to their opponents.