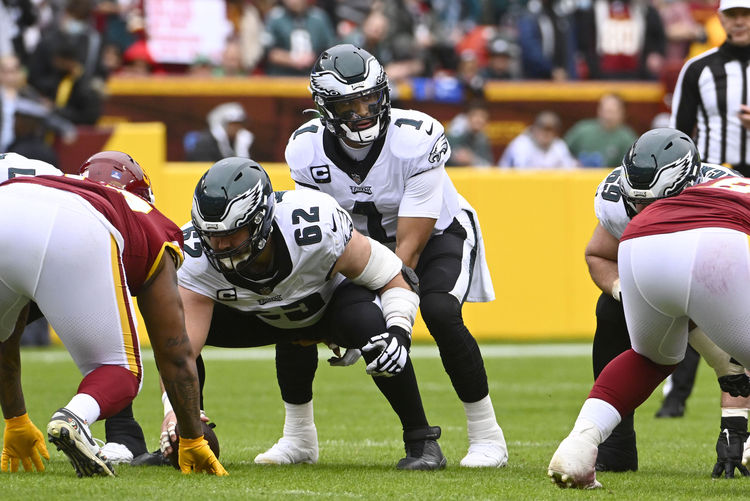 The Philadelphia Eagles and Tampa Bay Buccaneers face off on Sunday in an NFC Wild Card showdown at Raymond James Stadium. When these two teams faced off in October it was the Buccaneers that won 28-22.

The top players in that game earlier this season were Leonard Fournette and Antonio Brown, who both won’t be playing in this game. Jalen Hurts was the best player for the Eagles scoring two touchdowns with his legs.

The Eagles come into this game with a 9-8 record but they have actually been better on the road sitting with a 6-3 record away from home. The Eagles have also gone 8-8-1 against the spread. Philadelphia can’t feel great heading into this game after giving up 51 points to the Dallas Cowboys in the last game. This is a team that hasn’t been the flashiest, but they have found a way to win games. Jalen Hurts has been okay with this arm, but he has been better with his legs. Hurts has rushed for 784 yards and 10 touchdowns.One big question for the Eagles is the status of Miles Sanders who is dealing with a broken hand.

On the other side of this matchup is the Tampa Bay Buccaneers who sit with a 13-4 record and they have gone 9-8 against the spread. The last game for the Buccaneers came against the Carolina Panthers and they were able to win 41-17. Quarterback Tom Brady threw for 326 yards and three touchdowns. The Bucs are averaging 30.1 points while their defense 20.8 points per game. On the season Tom Brady has thrown for 5,136 yards, 43 touchdowns, and 12 interceptions. The team is without Chris Godwin, but Mike Evans is available and he is going to need to have a big game.

The Eagles were able to keep the game close earlier this year, and I think they will do it again in this game. Jalen Hurts is going to have another big game with his legs, and the Buccaneers defense is going to have no answer. Back the Eagles to cover the spread.