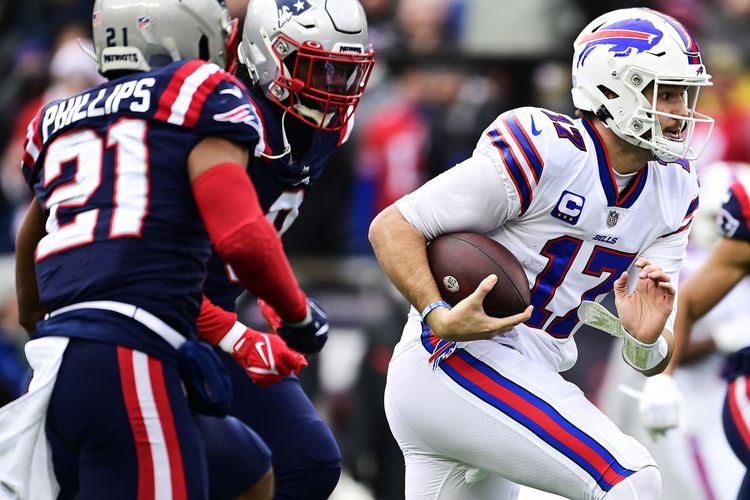 The New England Patriots will visit the Buffalo Bills on Saturday in a critical AFC Wild Card Matchup. This will be the third time these two teams have met this season.

The Pats are coming off of a loss in their final game of the regular season to the Miami Dolphins 33-24. In that game Jones completed 20 of 30 passing attempts for 261 yards and 1 touchdown to 1 interception.

Mac Jones threw for 3,801 yards with 22 touchdowns and 13 interceptions and completed 68% of his throws this season.

The Patriots defense has been the calling card this season and they will need it if they want to win this one. In the first game they played this season, the Pats held Buffalo to just 10 points, but in the second game they gave up 33 points.

The Patriots defense averages 353.3 yards a game which is 15th in the league. They are scoring 27.2 points per game as they give up 310.8 yards and 17.8 points per game to their opponents.

The Bills are on a four game winning streak which included a win over the Patriots in December. In their last game they took an easy win over the Jets with a final score of 27-10. Allen was 24 for 45 through the air for 239 yards with 2 touchdowns to 0 interceptions.

The Bills offense averages 389.9 yards a game which is 5th in the league. They are scoring 28.4 points per game as they give up 272.8 yards and 17 points per game to their opponents.