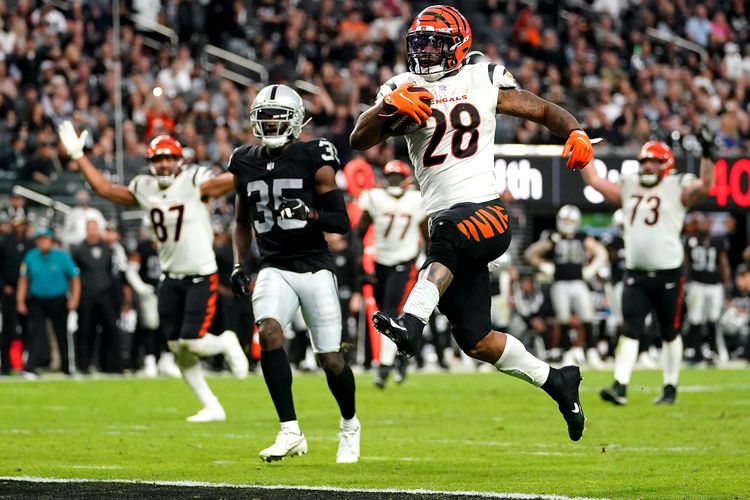 The Las Vegas Raiders and Cincinnati Bengals face off on Saturday in an AFC Wild Card showdown at Paul Brown Stadium. When these two teams faced off on November 21st it was the Bengals that won 32-17.

In that first game the top player for the Bengals was Joe Mixon who had 30 attempts for 123 yards and two touchdowns. Darren Waller had a big game for the Raiders catching seven passes for 116 yards.

The Raiders come into this game with a 10-7 record overall and they have gone 8-9 against the spread. It took four wins in a row to end the season and some help to even get into the playoffs. In the last game against the Los Angeles Chargers, it was a kick by Daniel Carlson in overtime that secured the win. The Raiders are averaging 22 points while their defense is giving up 25.8 points per game. Derek Carr still is underrated for how strong he has been this year throwing for 4.804 yards, 23 touchdowns, and 14 interceptions.

On the other side of this matchup is the Cincinnati Bengals who sit with a 10-7 record overall and they have gone 10-7 against the spread. The Bengals did lose their last game, but they rested most of their starters. Quarterback Joe Burrow has looked like a star throwing for 4,611 yards, 34 touchdowns, and 14 interceptions Ja’Marr Chase has been the top wide receiver catching 81 passes for 1,455 yards and 13 touchdowns.

When these two teams faced off earlier this season it was the Raiders who had issues keeping close, but it’s going to be different in this game. I expect Carr to have a big game, and the Raiders defense is going to find enough success to keep this game close. I also think the Raiders will have more success on the ground. The Raiders might not win this game, but they will cover the spread.