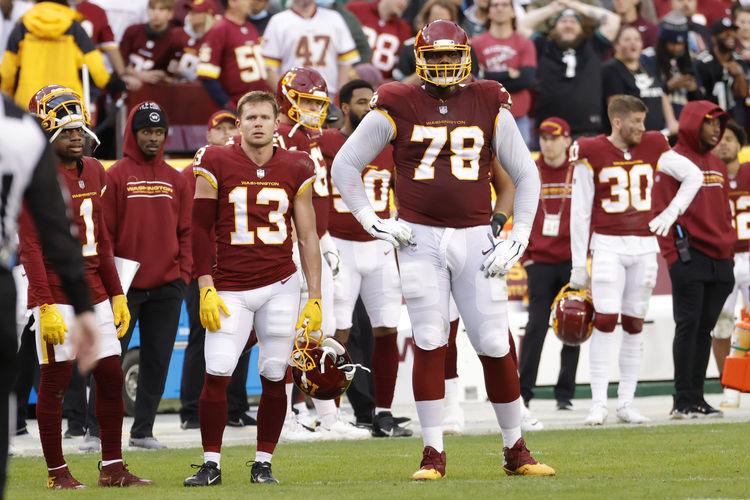 The Washington Football Team will travel to play the New York Giants in an NFC East clash on Sunday.

The Washington Football Team is 6-10 this season and has lost four games in a row. Washington is coming off of a loss to Philadelphia by a score of 20-16 in their last game. Washington jumped out to a 10-point lead in the first quarter, but was outscored 20-6 to finish the game. Washington is averaging 19.6 points per game and is giving up 26.7 points per game against, while also averaging 208.9 passing yards per game and 114.7 rushing yards per game. Taylor Heinicke has completed 65.5% of his passes for 3,299 yards, 20 touchdowns, and 15 interceptions for Washington. Antonio Gibson has rushed for 891 yards and 6 touchdowns, while Terry McLaurin has caught 73 passes for 960 yards and 5 scores.

The New York Giants are 4-12 this season and have lost five games in a row. New York lost to Chicago by a score of 29-3 in their last game. The New York offense in this game was pitiful, only gaining 155 total yards and turning the ball over four times. New York is averaging 15.7 points per game and is giving up 24.6 points per game against, while also averaging 194.6 passing yards per game and 99.6 rushing yards per game. Jake Fromm has completed 41.4% of his passes for 107 yards and 1 interception this season for the Giants. Jones and Glennon are not available for this game. Saquon Barkley has rushed for 563 yards and 2 touchdowns, while Kenny Golladay has caught 34 passes for 499 yards. This Giants offense is going to be brutal to watch.

This is going to be one of those games that not many people pay attention to this week. Both teams are out of the playoffs and the Giants are down to their third string quarterback. I am going to take Washington in this game and they should win easily.