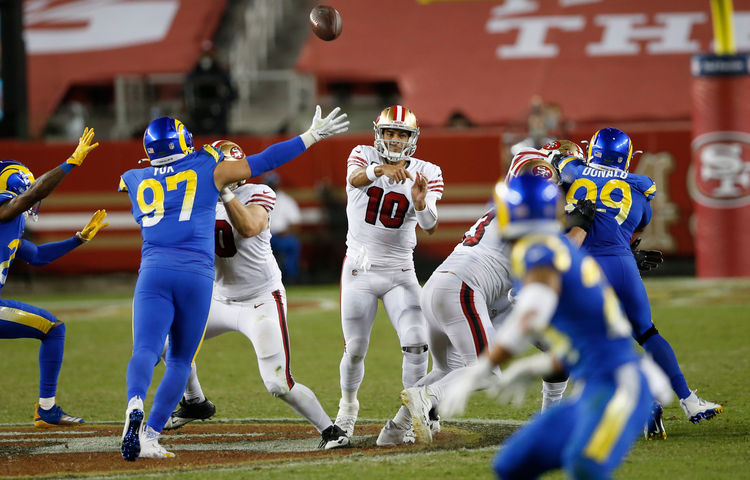 The LA Rams will play host to San Francisco 49ers on Sunday in a critical AFC West matchup from Sofi Stadium. The 49ers won at home earlier this season against the Rams 31-10. The 49ers are 4-1 ATS in their last 5 meetings in Los Angeles.

The 49ers are coming off of a two-game winning streak after easily beating the Houston Texans at home 23-7. Trey Lance was 16-of-23 for 249 yards with two touchdowns and an interception.

Jimmy Garoppolo has been out with a thumb injury but could play for this one. On the season, he has recorded a 53.6 QBR while completing 68 percent of his passes for 3,494 yards with 19 touchdowns and 10 interceptions passing the ball while also running the ball 37 rushing attempts for 50 yards with three rushing touchdowns.

The Rams are leading the NFC West with a 12-4 record and are riding a five-game winning streak after winning on the road 20-19 against the Baltimore Ravens. Matt Stafford finished 26-of-35 for 309 yards with two touchdowns and interceptions.

The Los Angeles Rams have been playing well behind starting quarterback Matt Stafford this season as he has a 63.5 QBR while completing 67.3 percent of his passes for 4,648 yards with 38 touchdowns and 15 interceptions.