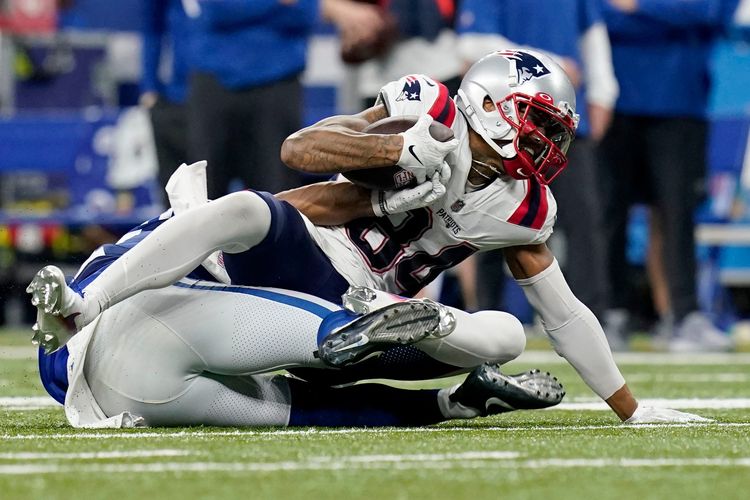 The New England Patriots will travel to play the Miami Dolphins in an AFC East battle on Sunday.

The New England Patriots are 10-6 this season and have lost two of their last three games. New England is coming off of a blowout win against Jacksonville by a score of 50-10 in their last game. New England forced three turnovers, converted 80% of third downs, and held Jacksonville to 253 total yards. New England is averaging 27.4 points per game and is giving up 16.9 points per game against, while also averaging 225.8 passing yards per game and 126.1 rushing yards per game. Mac Jones has completed 67.6% of his passes for 3,540 yards, 21 touchdowns, and 12 interceptions for the Patriots. Damien Harris (Questionable) has rushed for 892 yards and 14 touchdowns, while Jakobi Meyers (Questionable) has caught 79 passes for 796 yards and 2 touchdowns.

The Miami Dolphins are 8-8 this season and have won seven of their last eight games. Miami is coming off of a loss to Tennessee by a score of 34-3 in their last game. The loss officially eliminated the Dolphins from playoff contention. Miami is averaging 19.3 points per game and is giving up 21.8 points per game against, while also averaging 221.8 passing yards per game and 85.8 rushing yards per game. Tua Tagovailoa has completed 67.8% of his passes for 2,544 yards, 15 touchdowns, and 10 interceptions for the Dolphins. Myles Gaskin has rushed for 613 yards and 3 touchdowns, while Jayden Waddle has caught 99 passes for 988 yards and 5 scores.

New England is tuning up for the playoffs in this game, while Miami is turning the page to next season. The Patriots have already clinched a spot in the playoffs, but will want to finish the season strong with no injuries. I like the over in this game. I think Miami will let Tua throw the ball around the yard and the point total is very low.