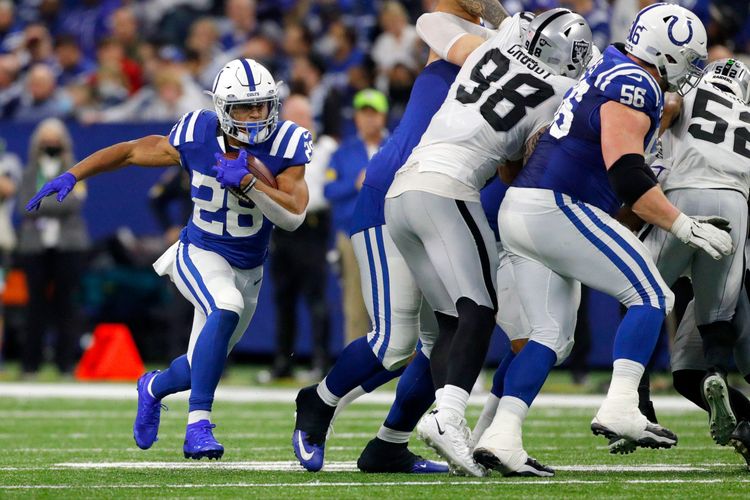 The Indianapolis Colts will travel to play the Jacksonville Jaguars in an AFC South game on Sunday.

The Indianapolis Colts are 9-7 this season and have won three of their last four games. Indianapolis is coming off of a loss to the Raiders by a score of 23-20 in their last game. The Colts surrendered the game winning field goal with no time remaining in the loss. Indianapolis is averaging 27.5 points per game and is giving up 21.2 points per game against, while also averaging 201.4 passing yards per game and 152.9 rushing yards per game. Carson Wentz has completed 62.6% of his passes for 3,378 yards, 26 touchdowns, and 9 interceptions for the Colts. Jonathan Taylor has rushed for 1,734 yards and 18 touchdowns, while Michael Pittman Jr. has caught 82 passes for 1,018 yards and 5 scores. The Colts need to win this game to lock up one of the last two playoff spots in the AFC.

The Jacksonville Jaguars are 2-14 this season and have lost eight games in a row. Jacksonville lost to New England by a score of 50-10 in their last game. Jacksonville couldn’t do anything right in this game, committing three turnovers and only stopping the Patriots on two 3rd down conversions during the game. Jacksonville is averaging 14.2 points per game and is giving up 27.9 points per game against, while also averaging 201.2 passing yards per game and 103.4 rushing yards per game. Trevor Lawrence has completed 58.9% of his passes for 3,418 yards, 10 touchdowns, and 17 interceptions for the Jaguars. Dare Ogunbowale has rushed for 107 yards and 1 touchdown, while Marvin Jones Jr. has caught 66 passes for 744 yards and 3 touchdowns. Jacksonville has been an absolute mess this season and is going to have their hands full with a very determined Colts team this week.

I would love to say that this game could be competitive and that the Colts better not underestimate the Jags if they want a playoff spot, but this game is going to be a blowout. The Colts have everything to play for and Jacksonville is just going through the motions. Give me the Colts here.