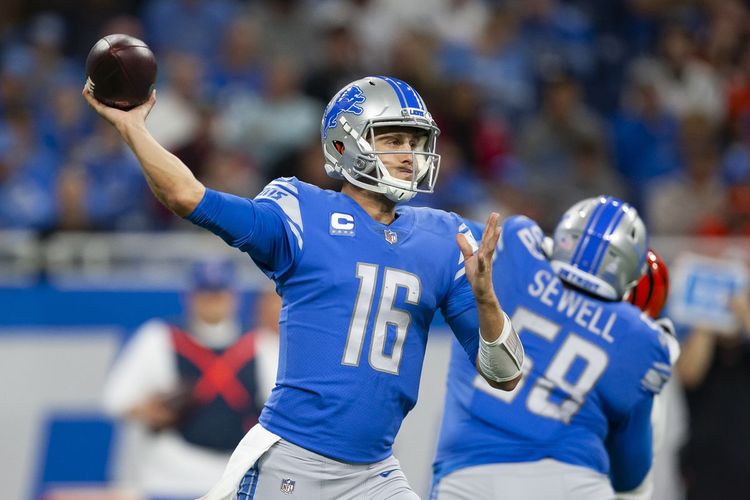 The first seed in the NFC Green Bay Packers will visit the struggling Detroit Lions on Sunday. Jared Goff's status for this one is unknown.

The Packers are coming off of a blowout win over the Vikings in their last time out. Rodgers had his way with the Vikings defense as he completed 29 of 38 passing attempts for 288 yards and 2 touchdowns to 0 interceptions.

The Packers feature one of the best Receiver-QB tandems in the league with Rodgers and Adams. Rodgers is in the midst of another MVP caliber season as he has thrown for 3,977 yards on 35 touchdowns to 4 interceptions for the Packers.

The Packers offense averages 364.8 yards a game which is 11th in the league. They are scoring 26.3 points per game as they give up 323.4 yards and 20.9 points per game to their opponents.

The Lions are coming off of a loss to Seattle on Sunday in their last game in a game that finished more like a college game with all the points scored. Tim Boyle got the start under center in place of Jared Goff in that game. He was 22 of 37 for 262 yards with 2 touchdowns to 3 interceptions.

When available Jared Goff has been decent for the Lions as he has 3,007 passing yards for 17 touchdowns and 8 interceptions.

The Lions offense averages 317.5 yards a game which is 22nd in the league. They are scoring 18 points per game as they give up 379.9 yards and 27.3 points per game to their opponents.