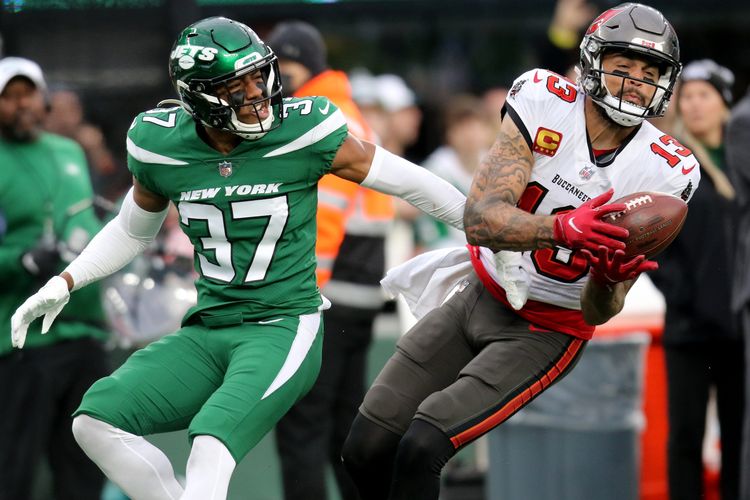 The Carolina Panthers will travel to play the Tampa Bay Buccaneers in a NFC South game on Sunday.

The Carolina Panthers are 5-11 this season and have lost six games in a row. Carolina is coming off of a loss to New Orleans by a score of 18-10 in their last game. Carolina mustered only 178 total yards and turned the ball over twice in the loss. Carolina is averaging 17.9 points per game and is giving up 22.7 points per game against, while also averaging 189.5 passing yards per game and 108.3 rushing yards per game. Sam Darnold has completed 58.8% of his passes for 2,308 yards, 7 touchdowns, and 12 interceptions for the Panthers. Chuba Hubbard has rushed for 564 yards and 5 touchdowns, while DJ Moore has caught 86 passes for 1,070 yards and 4 scores.

The Tampa Bay Buccaneers are 12-4 this season and have won two games in a row. Tampa Bay defeated the Jets by a score of 28-24 in their last game. Tom Brady rallied his team from a seven-point deficit in the fourth quarter and took the lead with 15 seconds left in the game. Tampa Bay is averaging 29.4 points per game and is giving up 21 points per game against, while also averaging 306.6 passing yards per game and 99.2 rushing yards per game. Tom Brady has completed 66.9% of his passes for 4,990 yards, 40 touchdowns, and 12 interceptions for the Bucs. Ke’Shawn Vaughn has rushed for 151 yards and 1 touchdown, while Mike Evans has caught 68 passes for 946 yards and 12 touchdowns.

Tampa Bay comes into this game trying to stay healthy, as they already have locked up a playoff spot. The Bucs are very thin at running back, with Fournette, Jones and Bernard not playing in this game. The Panthers have really struggled to end the season and have only scored more than 14 points once in the last five games. I am taking the Bucs in this game, but am concerned that they may rest a lot of their starters in the second half.