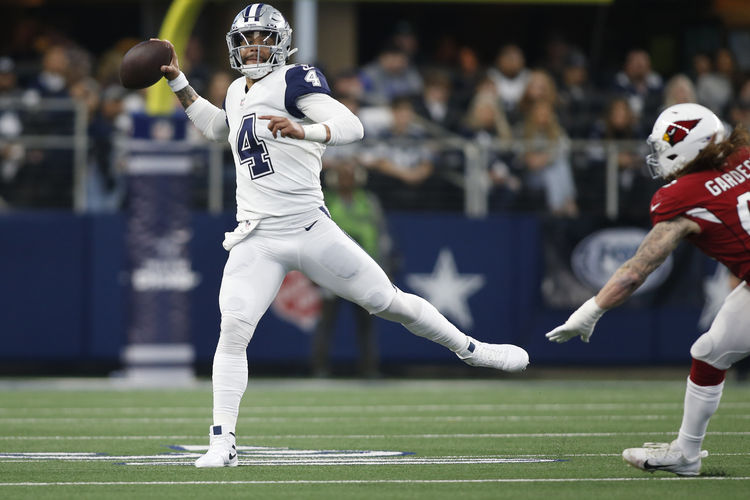 The Dallas Cowboys and Philadelphia Eagles face off on Saturday in a Week 18 NFL showdown at Lincoln Financial Field. Both teams have already clinched their playoff berth and it’s really unclear both teams plan on how they will approach this game. When these two teams faced off in September it was the Cowboys that won 41-21.

The Cowboys come into this game with an 11-5 record and they have gone 12-4 against the spread. Even with all the success this season, the Cowboys can’t be happy with the way they played in the last game against the Arizona Cardinals. The Cowboys are averaging 29.94 points while their defense is giving up 20.75 points per game. The Cowboys offense is ranked 1st in college basketball. Dak Prescott has looked impressive this year but the big question heading into this game is if he will play the whole game.

On the other side of this matchup is the Philadelphia Eagles who sit with a 9-7 record and they have gone 8-7-1 against the spread. The good news for the Eagles is they have their playoff spot locked up and this is mostly a meaningless game for them. Miles Sanders has already been ruled out, and it wouldn’t be shocking if more players sat. The Eagles are averaging 26.1 points while their defense is giving up 20.9 points. Quarterback Jalen Hurts has thrown for 3,144 yards, 16 touchdowns, and nine interceptions. He has also rushed for 784 yards and 10 touchdowns.

The Cowboys are 3-0-1 against the spread in their last four games played on Saturday. The over is 4-0 in the Eagles last four home games. The under is 7-1 in the Cowboys last eight games as a road favorite.

Who is going to sit out is a big concern for me, but I have reservations about how much Dak Prescott will play. That is going to hurt the Cowboys offensive success and their lack of scoring is going to keep this game close. Back the Eagles against the spread.