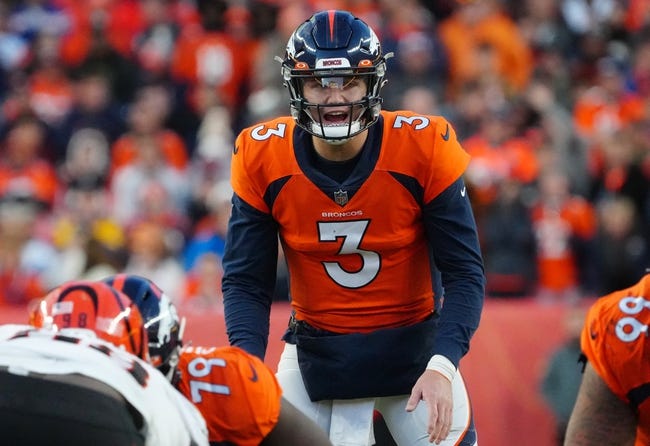 The Denver Broncos and Los Angeles Chargers face off on Sunday in a Week 17 NFL showdown at SoFi Stadium. When these two teams faced off on November 28th it was the Broncos that won 28-13.

The Broncos come into this game with a 7-8 record and they have gone 7-8 against the spread. They haven’t been all that impressive this season, but they won two games in a row. In the last game against the Las Vegas Raiders the offense could only manage 13 points and that led to the four point defeat. The Broncos offense is averaging 19.8 points while their defense is giving up 17.3 points per game. The defense is ranked number one in the NFL but the offense hasn’t done enough to come away with victories. Teddy Bridgewater is still out so Drew Lock will get the start again in this game. Against the Raiders he completed 15 of his 22 passes for 153 yards.

On the other side of this matchup is the Los Angeles Chargers who sit with an 8-7 record and they have gone 7-8 against the spread. The Chargers have been one of the most inconsistent teams in the NFL and now they are fighting to even get in the playoffs. In the last game against the Houston Texans the defense gave up 41 points, and that led to the defeat. In each of the last nine games the Chargers have given up at least 21 points. Justin Herbert has been the top player for the Chargers throwing for 4,394 yards, 33 touchdowns, and 14 interceptions. Austin Ekeler is off the COVID list and that is a big boost for the offense.

The Chargers defense has been awful, and Lock is going to have a big game. It might not be enough to come away with a victory, but they are going to keep it close and make life tough on the Chargers. Back the Broncos against the spread.