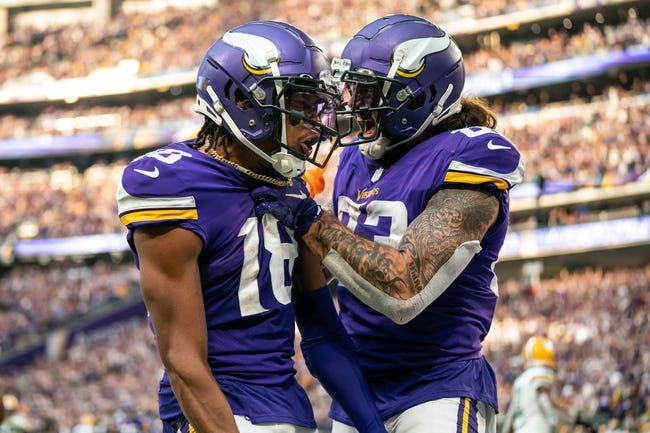 The Chicago Bears and Minnesota VIkings face off in an NFL showdown on Monday Night Football at Soldier FIeld. When these two teams last faced off in December of 2020 it was the Bears that won 33-27.

THe Vikings come into this game with a 6-7 record and they have gone 7-6 against the spread. The Vikings are still right in the thick of the playoff race but they need to win this game if they want a real chance at playing in the postseason. In the last game against the Pittsburgh Steelers the VIkings jumped out to a quick start, but they let the Steelers crawl back into the game. The Vikings are averaging 26.5 points while their defense is giving up 25.6 points per game. Kirk Cousins has looked good this year, but more impressive has been the play of Justin Jefferson who has caught 127 passes for 1,288 yards and eight touchdowns. Adam Thielen is questionable for this game as he deals with an ankle injury.

On the other side of this matchup is the Chicago Bears who sit with a 4-9 record overall and they have gone 4-9 against the spread. In the last game against the Packers the offense managed 30 points, but their defense gave up 45 points. The Bears on the season are averaging 17.7 points while their defense is giving up 25.5 points per game. Under center for the Bears is Justin Fields who has thrown for 1,585 yards, six touchdowns, and 10 interceptions. One issue for this Bears team is they have been dealing with a ton of injuries and players like Allen Robinson will be missing this game.

The Vikings have struggled in Chicago, and I think the Bears will find a way to take away Justin Jefferson. Without Jefferson finding success, the Vikings are going to struggle to move the ball and the Bears will keep it close. Back the Bears against the spread.