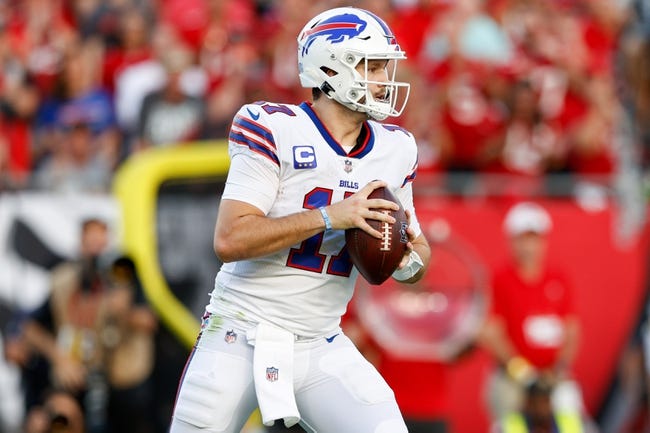 The Carolina Panthers and Buffalo Bills face off on Sunday in an NFL showdown in Week 15 at Bills Stadium. When these two teams last faced off in 2019 it was Buffalo that came away with the 27-14 victory.

The Carolina Panthers come into this game with a 5-8 record and they have gone 5-8 against the spread. Coming into this game the Panthers have lost two of the last three games, and that includes that last game against the Atlanta Falcons. Starting quarterback Cam Newton got benched in the last game and Phillip Walker stepped in to replace him. It looks like Newton will get the start, but he could have a short rope. The Panthers are averaging 19.77 points while their defense is giving up 21.7 points per game.

On the other side of this matchup is the Buffalo Bills who sit with a 7-6 record overall and they have gone 6-6-1 against the spread. The Bills have lost two games in a row including the last game against the Tampa Bay Buccaneers. They forced overtime in that last game against the Bucs, but they lost by six points. The Bills are averaging 27.9 points while their defense is giving up 17.6 points per game. Quarterback Josh Allen has been the top player for the Bills throwing for 3,524 yards, 28 touchdowns, and 11 interceptions. Wide receiver Stefon Diggs has caught 78 passes for 972 yards and seven touchdowns.

I don’t trust the Panthers, but I really don’t trust the Bills. Look for the Bills defense to struggle, and the Panthers will find enough offensive success to keep this game. This has been a series where the visiting team has found success, and that will continue. I just don't trust Josh Allen to blow out this Panthers team. Back the Panthers against the spread.