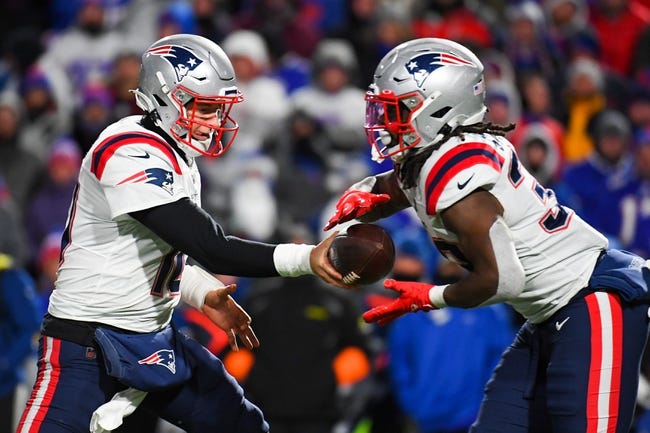 The New England Patriots will visit the Indianapolis Colts on Saturday Afternoon from Lucas Oil Stadium in an AFC showdown.

The Pats are coming off of a bye week. In their last game they beat the Buffalo Bills in a low scoring slug fest. Due to the terrible weather conditions the Pats only threw the ball three times in that game. Mac Jones completed 2 out of his 3 passes that game for two touchdowns to one interception. Damien Harris and Rhamondre Stevenson combined for 189 yards on the ground. Defensively, the team allowed Buffalo to convert on just 4 of 13 third-down opportunities.

Jones is putting together one of the better rookie seasons in recent memory as he looks to replace Tom Brady in New England. Mac Jones has 2,869 passing yards this season for 16 touchdowns on 8 interceptions for the Patriots. He has a QBR of 51.6.

The Patriots offense averages 346.5 yards a game which is 17th in the league. They are scoring 26.9 points per game as they give up 310 yards and 15.4 points per game to their opponents.

The Colts have now won 6 of their last 8 games as they have put themselves back in the playoff hunt. They were able to shut out the Houston Texans in their last game. Wentz threw for one touchdown as he completed 16 of 22 passes in the victory.

Wentz is looking to show the league that he is still a top talent. Carson Wentz is putting together a resurgent season for the Colts. He has thrown for 2,948 yards with 22 touchdowns and 5 interceptions on the year. He has a QBR of 58.3.