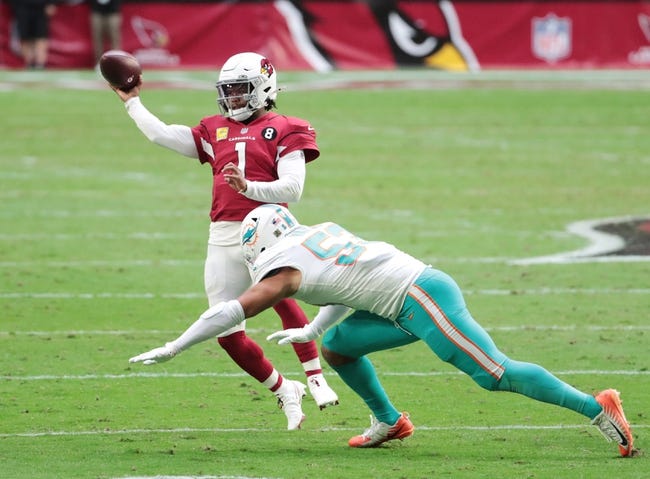 The Arizona Cardinals will be looking for their tenth win on the season as they head to the Windy City to battle the Chicago Bears in an NFC matchup.

Arizona is coming into this one off of a Bye Week. In the previous week, they were able to defeat the Seahawks 23-13.

The Cardinals have been a run heavy team under Mobile QB Kyle Murray. He has had a terrific season for this team when he’s been healthy. He has 2276 passing yards with 17 touchdowns and 7 interceptions. Murray has connected on at least 65% of his passes this season.

The Arizona Cardinals are fourth in the NFL in points allowed 18.4 points per game. Arizona is 4th in passing yardage allowed at 204.0 yards per game, 15th in total yards allowed at 317.8 per game and 7th in takeaways at 19. The Cardinals are allowing an average of 113.8 yards per game on the ground which is 17th. They are tough against the pass, ranking 4th in the NFL with only 204 passing yards allowed per game while the rush defense is 17th.

The Chicago Bears broke their losing streak with a much needed win against the Detroit Lions. The final score was 16-14 in a game where Chicago quarterback Andy Dalton passed for 317 yards with one touchdown and one interception. Justin Fields was out with a rib injury.

Chicago is 10th in total yards allowed per game at 334.4. Opponents are scoring an average of 23.1 points per game against Chicago's defense which is 18th in the NFL.

The Cardinals should be able to cover this spread against the Bears. With the Cardinals getting healthier and the opposite happening for the Bears, I like them in this spot.