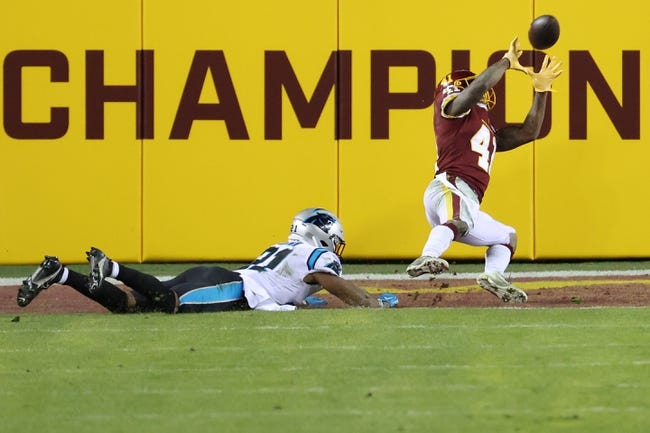 The Washington Football team pulled off an amazing upset in their last contest when they beat Tom Brady and the Bucs at home. This was a well needed win as before this, the Football team lost four straight.

With Ryan Fitzpatrick out for the season, Taylor Heinicke has stepped up for the Washington Football Team. Heinicke had his best performance of the season against the Bucs, recording 256 passing yards. Heinicke has completed 201 of 306 of his passes totaling for 2184 yards, 12 touchdowns to 9 interceptions.

Washington averages 20.6 points and 359.6 yards per game on offense. The pass defense ranks 30th in the NFL while the rush defense has carried them ranking 6th in the league. The Football Team is averaging 20.6 points on the season as they are allowing 27.3 points.

If Washington doesn’t show up defensively this team is toast. They have one of the best defenses in the league and are amazing at stopping the rush. Cam Newton will have to throw the ball in this one.

The Panthers beat one of the best teams in the league last time out. The Cardinals did not possess their star in Kyle Murray but regardless, this win was big for “new” Carolina QB Cam Newton. P.J Walker was the starter but Cam came in for short passes. He completed 3 of 4 passes for 74 yards.

With Christian McCaffrey Back for the Panthers they will test the Washington run defense. After missing 5 games with an injury, he returned to add 95 yards. He has 348 rushing yards on the season.

The Panthers held Arizona’s backup to only 104 yards. Their run defense is ranked 13th in the league. The Panthers are scoring an average of 20.5 points, landing them 21st overall. The defense is limiting other teams to 19.3 points, ranking sixth in the NFL.