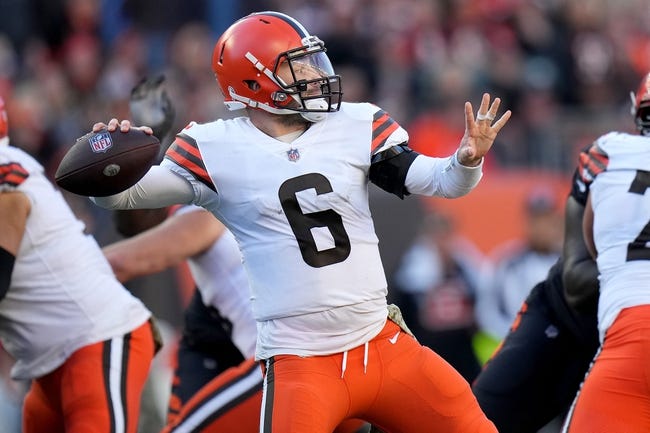 The Cleveland Browns and New England Patriots face off on Sunday in an AFC showdown at Gillette Stadium. When these two teams faced off last in 2019 it was the Patriots that won 27-13. This is a key AFC game, and could go a long way in the playoff race.

The Cleveland Browns come into this game with a 5-4 record overall and although they have been inconsistent they are coming off a big win in their last game. The Browns were able to put up 41 points against the Cincinnati Bengals and cruise to the easy victory. The Browns are averaging 24.9 points while the defense is giving up 21.8 points per game. Under center for the Browns is Baker Mayfield who has thrown for 1,917 yards, eight touchdowns, and three interceptions. Nick Chubb is on the COVID list and it's unclear if he will be able to go in this game.

On the other side of this matchup is the New England Patriots who sit with a 5-4 record overall and they have won three games in a row. In the last game against the Carolina Panthers the defense really locked down giving up only six points, and that led to the easy victory. The Patriots are averaging 25.6 points while their defense is giving up 18.9 points per game. Under center for the Patriots is Mac Jones and he has thrown for 2,139 yards, 10 touchdowns, and seven interceptions. In this game if the Patriots want to win this game, the defense is going to need to lock down, and really make life tough on the Browns offense.