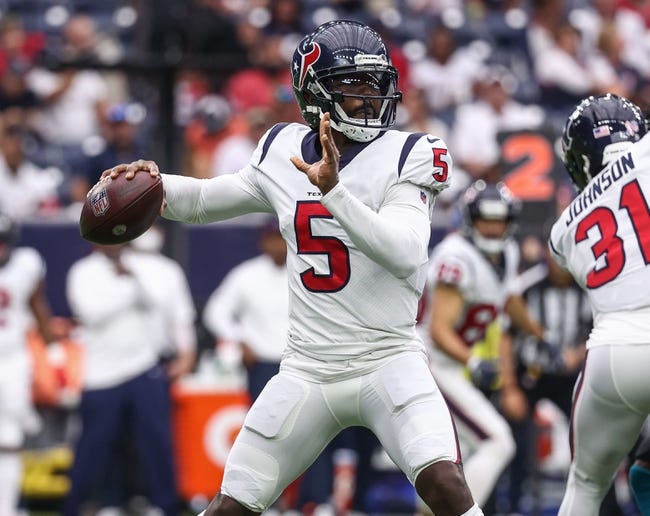 The Houston Texans and Cleveland Browns face off on Sunday in a Week 2 NFL showdown at FirstEnergy Stadium. In November of 2020, it was the Browns that came away with the 10-7 victory.

There still isn’t a whole lot of expectations heading into this season, for the Texans, but they looked impressive in their first game against the Jacksonville Jaguars. At halftime, the Texans were leading 27-7 and they never looked back winning 37-21. Under center for the Texans is Tyrod Taylor who threw for 291 yards and two touchdowns. Mark Ingram Jr is also an elite player for this team and he had 26 carries for 85 yards and a touchdown. Brandon Cooks was the top player out wide having five receptions for 132 yards. In the second half the Texans defense wasn’t as good, and they are going to need to be better on that side of the ball.

On the other side of this matchup is the Cleveland Browns who looked to have a victory locked up against the Kansas City Chiefs, before they blew it out late. The Browns offense could only manage seven points in the second half while their defense gave up 23. Baker Mayfield completed 21 of his 28 passes for 321 yards, zero touchdowns, and an interception. Running back Nick Chubb had 15 carries for 83 yards and two touchdowns. The Browns have a good defense, but they gave up 337 yards through the air in the last game. The one strength of the defense was stopping the run, and in this game they need to take away Ingram.

The Browns are a much better team than the Jaguars, but the Texans can still keep this game. Tyrod Taylor looked good in the first game, and he will have some success through the air against the Browns offense. Back the Texans to only lose by a touchdown, which is a cover of the spread.