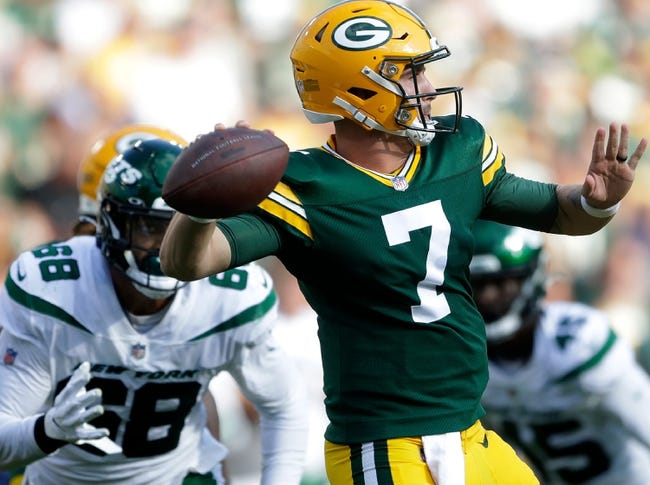 The Green Bay Packers were without Jordan Love in their 23-14 loss to the New York Jets last week. The Packers are expected to play Love in this game against Buffalo, but his snaps are going to be limited very much so. The Packers have not looked sharp in the preseason thus far, especially on defense. The Packers allowed the Texans to rush for 170 yards in a 26-7 loss, and then followed that performance up by allowing Zach Wilson of the Jets to throw for 128 yards and two passing touchdowns in the first half of last game. Green Bay is not built for this year's preseason and that can be seen in this spread as the Packers are 9.5-point dogs. Kurt Benkert has had a heavy workload at quarterback so far and he has gone a combined 26/37 for 239 yards passing, one touchdown, and two interceptions.

The Buffalo Bills destroyed the Chicago Bears by the final score of 41-15 in their week two preseason game. Mitchell Trubisky was ready to play against his former team as he lit them up for 221 yards, a passing touchdown, and a 106.4 RTG (total quarterback rating). Included in the 41-point showing was a 79-yard Marquez Stevenson punt return to the house in the third quarter. The Bills are now 2-0 in preseason action and get to play at home for the first time this season as well. Star quarterback Josh Allen is expected to start this game against the Packers, as he has not seen preseason action so far. Allen's start will probably be short-lived, as coach McDermott does not want to overwork Allen before the start of the regular season.

We can expect Kurt Benkert and Mitchell Trubisky to play the majority of this game on Saturday. The total for this one seems a bit too steep in my opinion, as even though the Bills will find offensive success I do not think the Packers will, especially in the second half. I will take the under in this one.