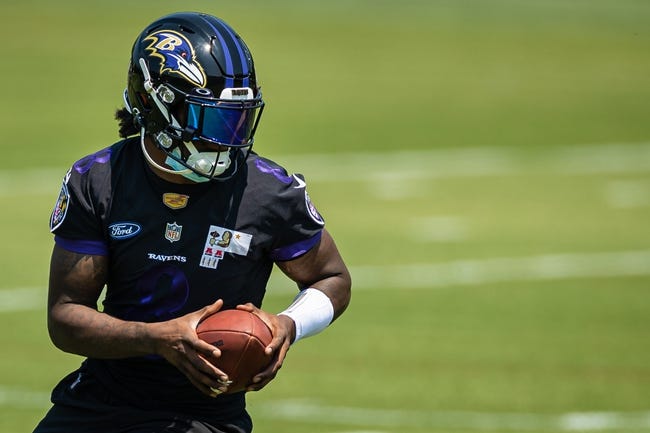 Where to Watch: WBAL Stream live sports and exclusive originals on ESPN+. Sign up now!

The New Orleans Saints and Baltimore Ravens face off Saturday in a preseason NFL showdown at M&T Bank Stadium.

The New Orleans Saints team is a lot different without Drew Brees, but this is a team that still has high expectations for the season. The biggest battle for the Saints team coming into the preseason is who will be under center. Jameis Winston is the favorite to win the job, but Taysom Hill has a shot. Even if Hill doesn’t win the job, he is going to have a big role on this team playing the super-utility player. One other big battle that is going to be happening is with the wide receivers. There are rumors that MIchael Thomas isn’t happy, and even if he does play for the Saints, they need more talent out wide. Tre’Quan Smith is questionable for this game and he probably won’t play. That means it’s going to be plenty of snaps for guys like Deonte Harris, Marquez Callaway, and Kawaan Baker.

On the other side of this matchup is the Baltimore Ravens who have hope they can advance farther in the playoffs this season. The backup quarterback position is a big battle with Trace McSorley and Tyler Huntley going at it. Both players could make the roster, but both are going to need to find success leading the offense. One disappointing thing for the Ravens is that Rashod Bateman won’t see the field as he deals with injury. On defense that are some roles that need to be figured out, including a linebacker. If the Ravens want to win this game it’s going to be about the defense being strong.

I expect the Saints are going to find offensive success in this game with good quarterback play, and they will look impressive in this game. Back the Saints to get the job done on the money line. If the Saints become the favorites, take them laying the points.